SCALING UP FOR THE NEXT GENERATION OF ROCKET TECHNOLOGY 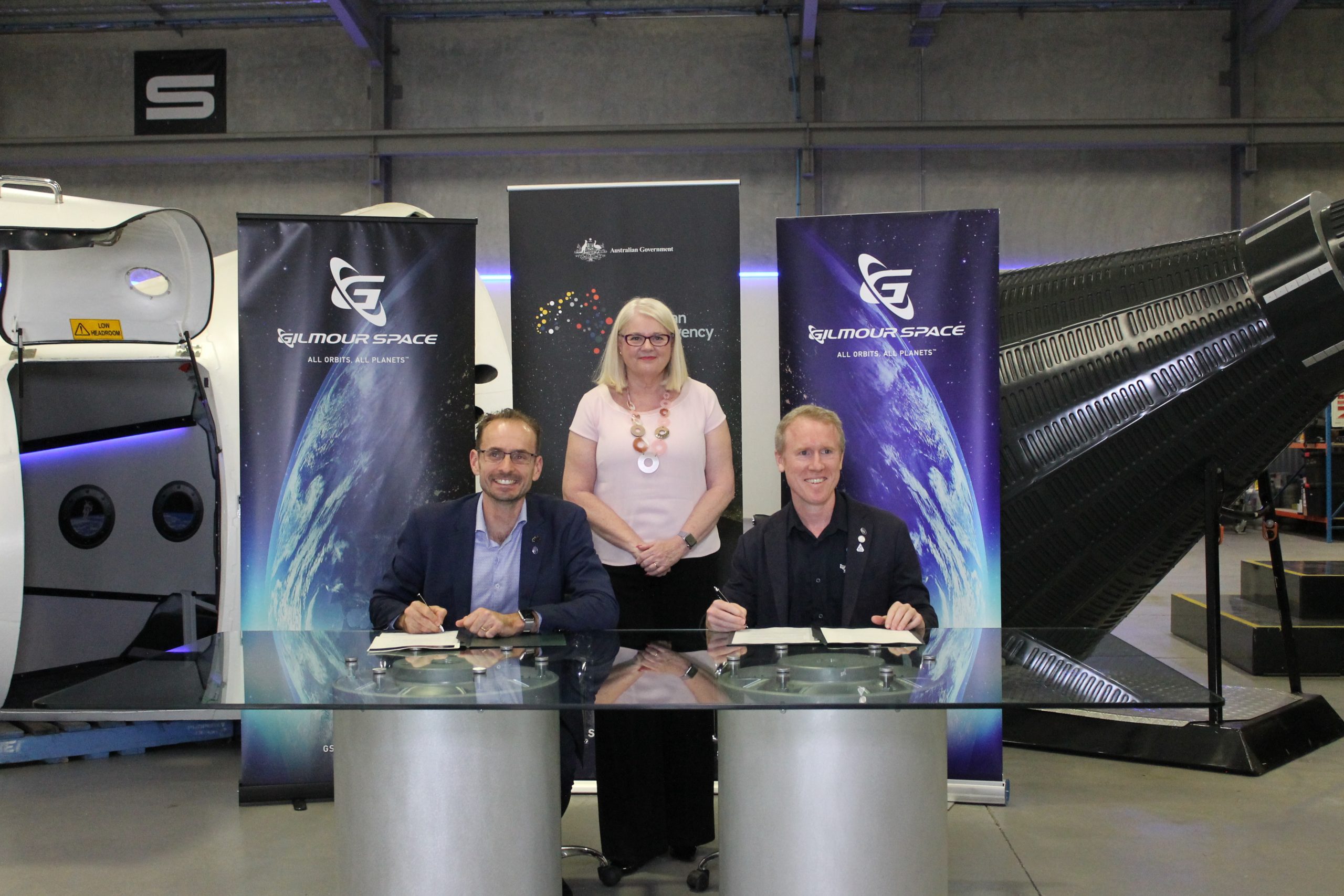 A Gold Coast company that has already caught the attention of NASA has signed a Statement of Strategic Intent and Cooperation with the Australian Space Agency.

“This new partnership shows the breadth of capabilities being developed in Australia, supporting our mission to develop and grow the Australian space industry over the next ten years,” Minister Andrews said.

“Gilmour’s stratospheric growth in recent years is a terrific example of the economic and job opportunities in the space sector.

“Dynamic companies like this also will inspire our next generation of space entrepreneurs by championing the role of space here on our shores.

“When Aussie kids see Gilmour technologies being used by NASA astronauts, it will inspire them to dream big and get involved in space science and engineering.”

Gilmour Space Technologies CEO Adam Gilmour said the company is proud to be a leader in the development of rocket technologies, but it understands the crucial need to work with Government and industry.

“Growing the Australian space industry together is vital to its long term success,” Mr Gilmour said.

The Coalition has committed more than $600 million to grow the space sector in Australia to $12 billion and create another 20,000 jobs by 2030.