CHILDCARE WITH A GREEN EDGE LANDS AT AIRPORT 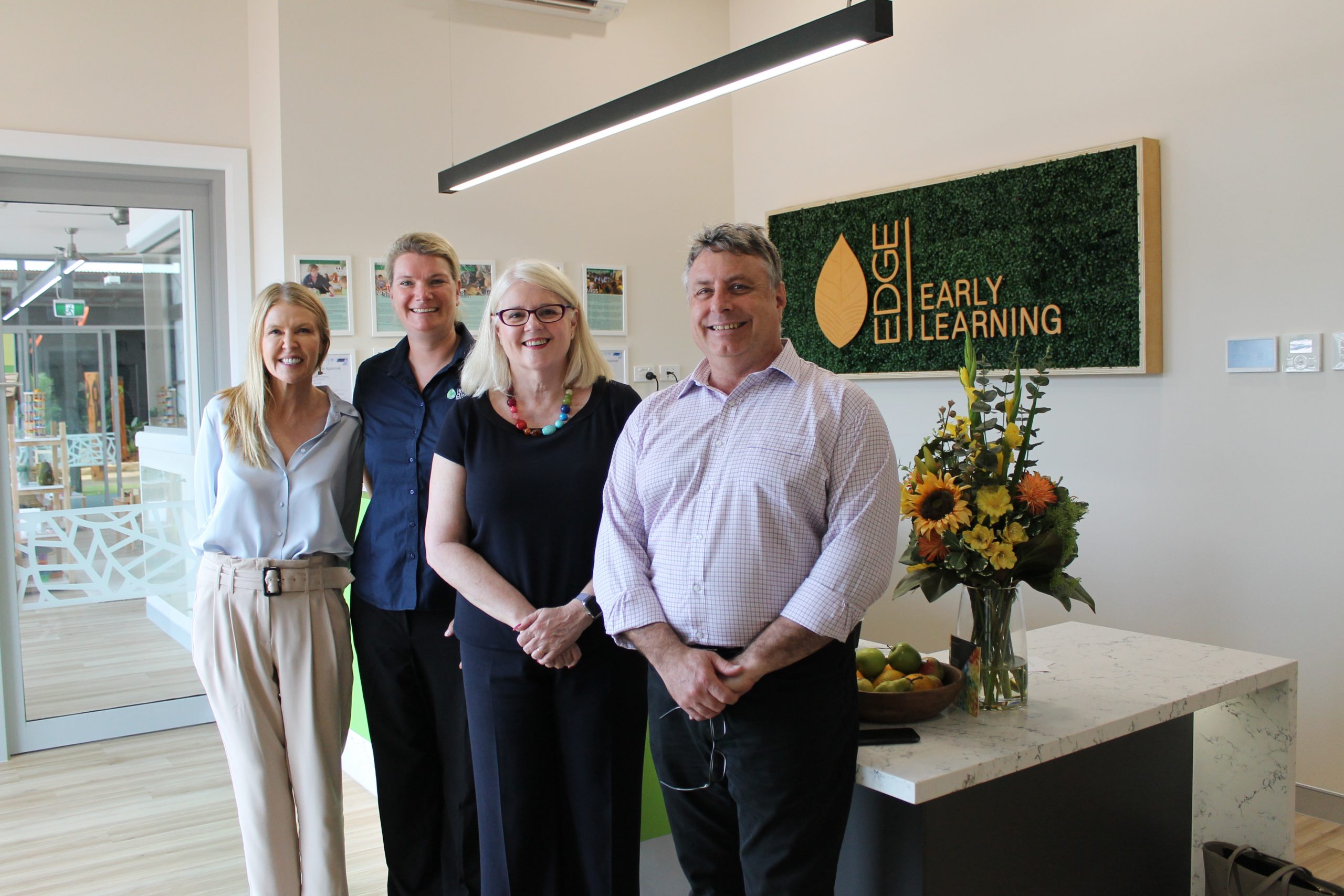 Edge Early Learning, which was established in 2017 and already has five centres in Brisbane and another two at Pimpama on the Gold Coast, has opened a 1,686sq m space at Airport Central – joining Freedom Fuel, Subway, Innovation Tank and InTechnology, as well as the Queensland Airports Limited and Gold Coast Airport management centre.

With expansive indoor and covered outdoor zones and large learning spaces, the centre has capacity for 122 children and will employ about 30 early childhood educators.

“About 30 people who work in the airport precinct have enquired and several have already enrolled their children at the centre,” he said.

“Two of our team members, who are returning to work from maternity leave, have chosen Edge Early Learning because of the convenience of having their children nearby, especially while they are young.

“We also expect this will be a popular choice with the high proportion of mature age students at Southern Cross University as well as for surrounding residents.”

The centre will trade for extended hours, from 6am to 6pm, to cater for people who work full- time hours, shift work or study.

Edge Early Learning Chief Executive Officer Annie Bryce said the organisation was focused on providing a service that suited the needs of the community.

“Bilinga presented a large gap in the market for childcare, so we are pleased to be able to provide quality care and education for busy families working or studying nearby,” she said.

“We are very focused on making families lives more convenient which is why we provide eco-friendly nappies and wipes, sunscreen and nutritious meals in all of our centres.”

Minister for Industry, Science and Technology and Member for McPherson, Karen Andrews MP, who opened the centre, said she was impressed to learn about the centre’s “inquiry-based education program”.

“Encouraging a love of learning from an early age is vital, but it doesn’t have to mean young children sitting at desks,” Minister Andrews said.

“Children can gain an understanding of the basics of maths and science by helping to make play dough or baking a cake, while the fundamentals of chemistry can come from creating a volcano eruption out of household items.

“It is estimated 75 per cent of the jobs of the future will require skills in science, technology, engineering and maths (STEM), so fostering these interests in our pre-school aged children is very important.”

Airport Central is owned and occupied by Queensland Airports Limited and sits on 1.78 hectares, with more than 230 car parks. Limited office and retail space remains at Airport Central, with leasing rates ranging from $335 to $400/sq m. About 1,014sq m of a-grade office space is also available in the nearby Ivy Pearce building, which has the Australian Federal Police as a tenant.

The centre is opening during a period of unprecedented development for Gold Coast Airport, with $500 million worth of projects underway. The southern terminal expansion is due to be complete by mid-2021 and the airport hotel will open next year.