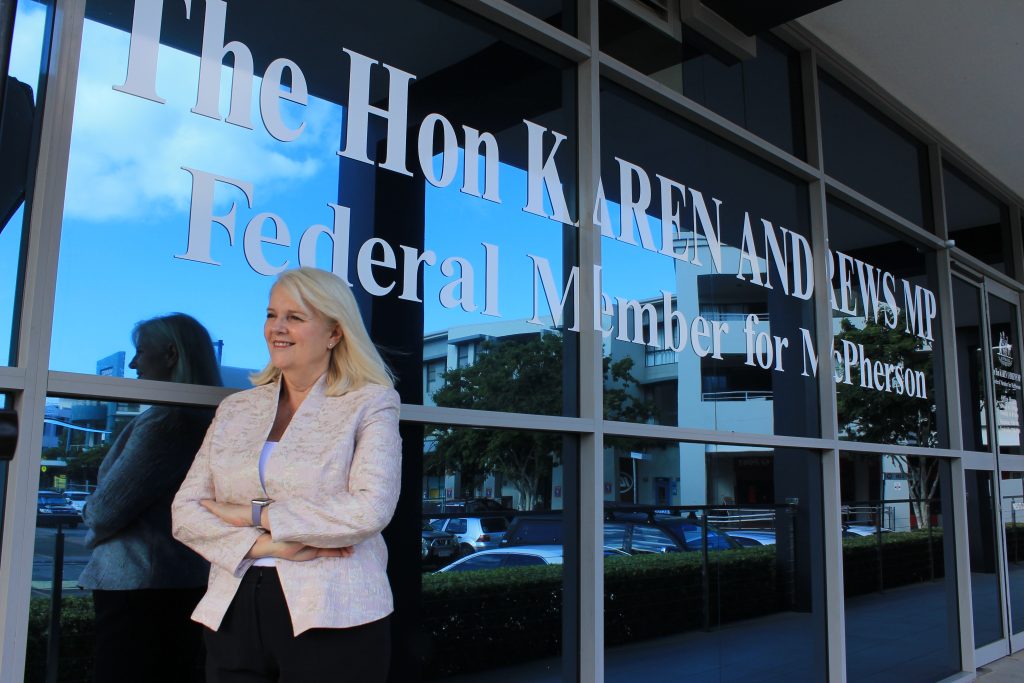 Karen brings her experience in engineering, industrial relations and running her own business to her role as the Federal Member for McPherson.

Her first appointment to the Ministry was in December 2014 as the Parliamentary Secretary to the Minister for Industry and Science.

Karen was Queensland’s first female Federal Cabinet Minister, serving as Minister for Industry, Science and Technology, and then as Minister for Home Affairs where she oversaw national security matters including counter-terrorism, cyber security, the Australian Federal Police, Australian Border Force and intelligence.

Karen brings her trademark drive and determination to her job representing the southern Gold Coast in the Federal Parliament. She successfully fought for the M1 to be widened all the way to Tugun, to ensure Gold Coast drivers get home sooner and safer and to improve freight efficiency.

Karen understands the pressures of owning and running a small business and is a strong advocate for local businesses as the powerhouse of our local economy.