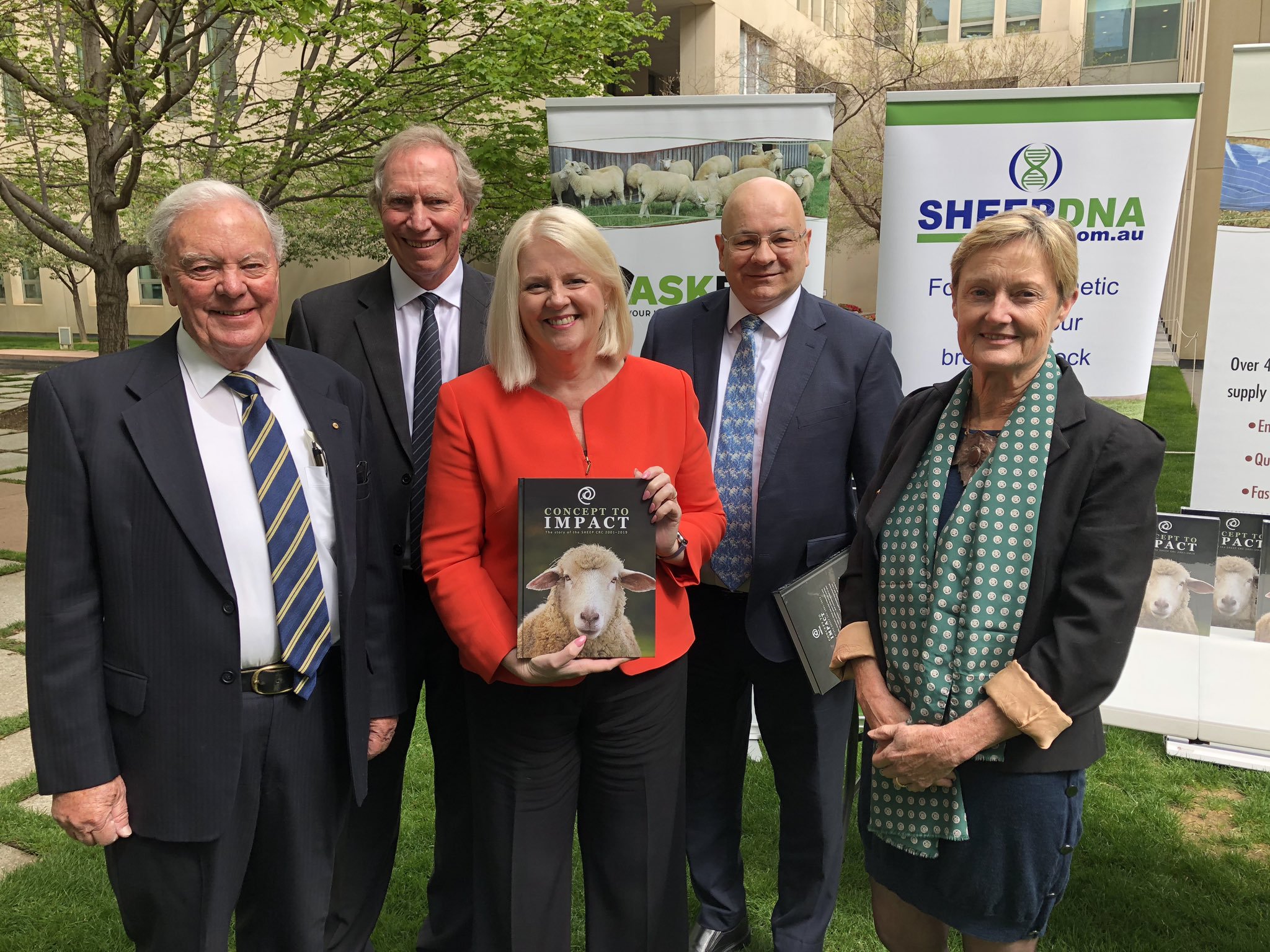 The value of the Australian sheep industry has grown by almost $3 billion and productivity has increased by 50 per cent over the past two decades, after the work of a Federal Government backed Cooperative Research Centre (CRC).

Concept to Impact: The story of the SHEEP CRC 2001-2019 showcases how research, innovation and collaboration helped turn around the fortunes of Australia’s sheep industry, which has gone from $5.6 billion to around $8.6 billion.

Minister for Industry, Science and Technology Karen Andrews said the book highlights what can happen when industry and researchers come together.

“This work has benefited the entire industry value chain, from our farmers to our food and clothing manufacturers, which has boosted the economy and created jobs.

“The sheep industry has developed the use of genomic technologies to enhance productivity, embraced the big data revolution with new predictive apps, and is exceeding consumer expectations for quality wool and meat products.

“The vast majority of PhD students sponsored by the Sheep CRC over the past decade were women. This long-term investment in education will lead to better gender balance in leadership roles well into the future.”

“The innovative tools and technologies delivered by the Sheep CRC—including a pasture and flock management tool and a system to ensure the manufacture of the highest quality wool garments—are the types of innovation that can bring widespread benefits to the sector,” Minister McKenzie said.

“I commend the Sheep CRC for its long-running leadership and commitment to collaboration which has helped the industry steer through some challenging times.

“The continued success of the industry and Australian agriculture as a whole will be underpinned by innovation that helps drive profits back through the farmgate.

“I am pleased that the Sheep CRC’s research and commercialisation of innovation will continue to drive that profitability.”

The Sheep CRC received $69 million from the Australian Government and leveraged $182 million in cash and in-kind support from more than 40 industry participants across the sheep meat and wool value chains.

Since 1991, the Government’s $4.8 billion investment in the CRC program has leveraged an additional $14.9 billion in cash and in-kind support from industry participants – a three-fold return on investment.

The CRC Program is a key part of the Morrison Government’s commitment to growing industry in Australia, as we aim to create 1.25 million new jobs over the next five years.