JOBKEEPER HAS DONE ITS JOB FOR GOLD COAST BUSINESS

A Gold Coast screen printing business says the Morrison Government’s JobKeeper program helped it navigate the COVID-19 pandemic and it is now “busier than ever”, with more workers than before.

PSI Screen Printing in Currumbin is among thousands of Gold Coast businesses that was heavily impacted by the COVID-related shutdown in March and forced to reduce their workforce from 19 to 13.

But business owner Jodi Taylor said the JobKeeper package allowed her to bring those employees back just days later and make it through the tough months ahead.

“Letting go six of our valued staff members was heartbreaking and one of the hardest things we’ve had to endure as a business,” Ms Taylor said.

“The JobKeeper announcement was a major lifeline and the sense of relief was overwhelming – and for the first time in weeks we got a good night’s sleep!

“By May the phones had started ringing again and by July we were able to bring our people back on board full time and eventually give up JobKeeper.” 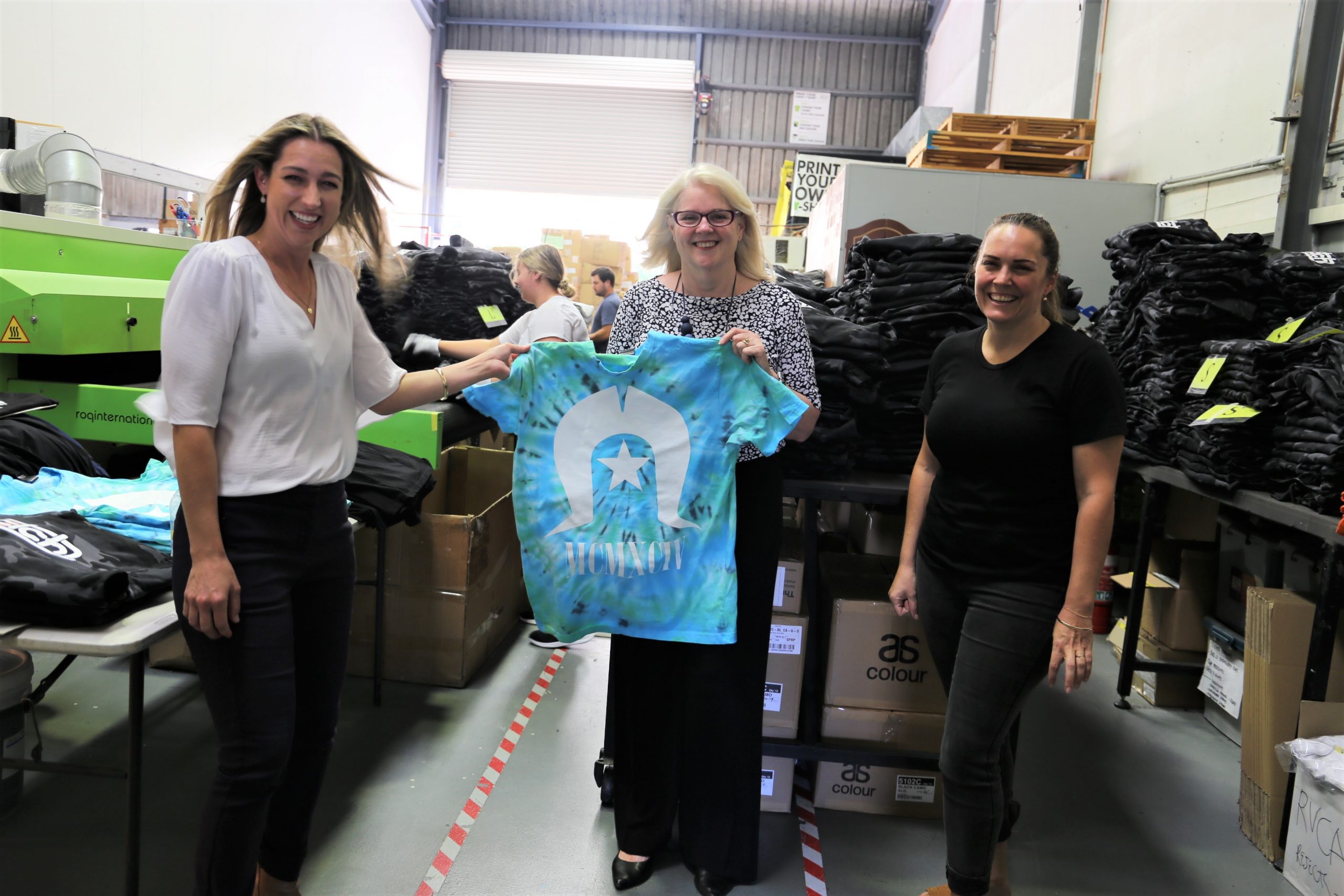 “Jodi and her team have done a tremendous job – not just to weather the storm of COVID-19 but to be in a stronger position on the other side and to start employing even more Gold Coasters,” Minister Andrews said.

“Without JobKeeper, companies like PSI would’ve been under enormous strain and would only be picking up the pieces right now, rather than thriving and being busier than ever.

“But we know many other Gold Coast businesses are still doing it extremely tough, particularly our tourism operators, our retailers and hospitality sector who’ve been crushed by the State Labor Government’s blinkered approach to border closures.

“That’s why the Morrison Government has extended JobKeeper by six months, to give certainty to those Gold Coast businesses and their workers.”

State Member for Currumbin Laura Gerber said she has spoken to dozens of local businesses who say the Federal Government assistance was the only thing keeping them afloat.“The Morrison Government is supporting Queensland businesses with life-saving programs like JobKeeper,” Ms Gerber said.

“Even prior to COVID, Queensland had the nation’s highest unemployment, most bankruptcies and lowest business confidence, yet the State Labor Government was the last to announce an economic stimulus package.”“An LNP State Government will support Queensland manufacturing jobs with a no-new-tax guarantee, as $20 million Built-in-Queensland initiative, less red-tape and lower energy costs.”