100th Anniversary of the Battle of Beersheba 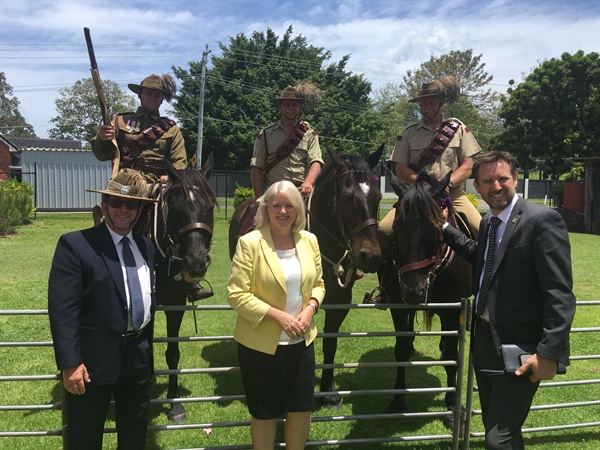 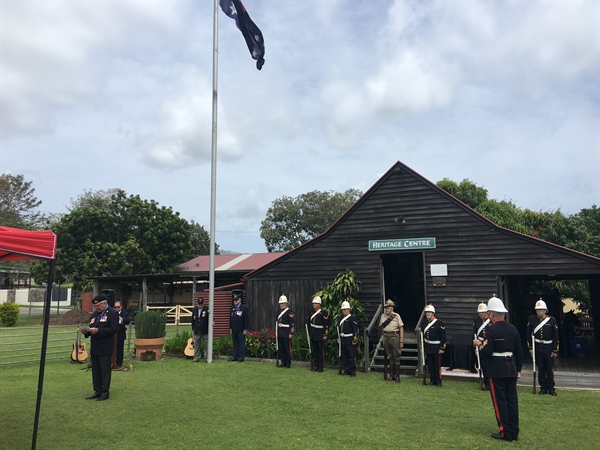 Federal Member for McPherson, Karen Andrews, attended a moving ceremony at Mudgeeraba today to mark the 100th anniversary of the Battle of Beersheba and the famous charge of the Australian Light Horse.

Mrs Andrews unveiled a plaque at the Mudgeeraba Light Horse Museum and spoke about the significance of this important battle in Australian history.

“More than 1,350 Australians lost their lives in the Middle East campaigns of the First World War and today’s service was a fitting way to remember their sacrifice,” Mrs Andrews said.

“The Mudgeeraba Light Horse Museum provided the ideal venue to pay tribute to them.

“I urge everyone on the southern Gold Coast to pause today and remember the service and sacrifice of the Australian soldiers who served in the Battle of Beersheba and the Sinai–Palestine Campaign during the First World War.

“About 800 Australians from the 4th and 12th Light Horse Regiments, with the support of British artillery, charged toward Beersheba under heavy fire.

“The enemy resistance soon collapsed and more than 700 Turkish soldiers were taken captive, Sadly 31 members of the Australian Light Horse were killed and 36 were wounded.

“The capture of Beersheba and the fall of several important posts outside the town over the following days opened the Turkish flank and enabled Allied forces to capture Gaza on 7 November and advance into Palestine.

A joint Australian–New Zealand commemorative service to mark the Battle of Beersheba and Sinai–Palestine Campaign will be held today at the Commonwealth War Graves Commission Beersheba War Cemetery in Be’er-Sheva, Israel.