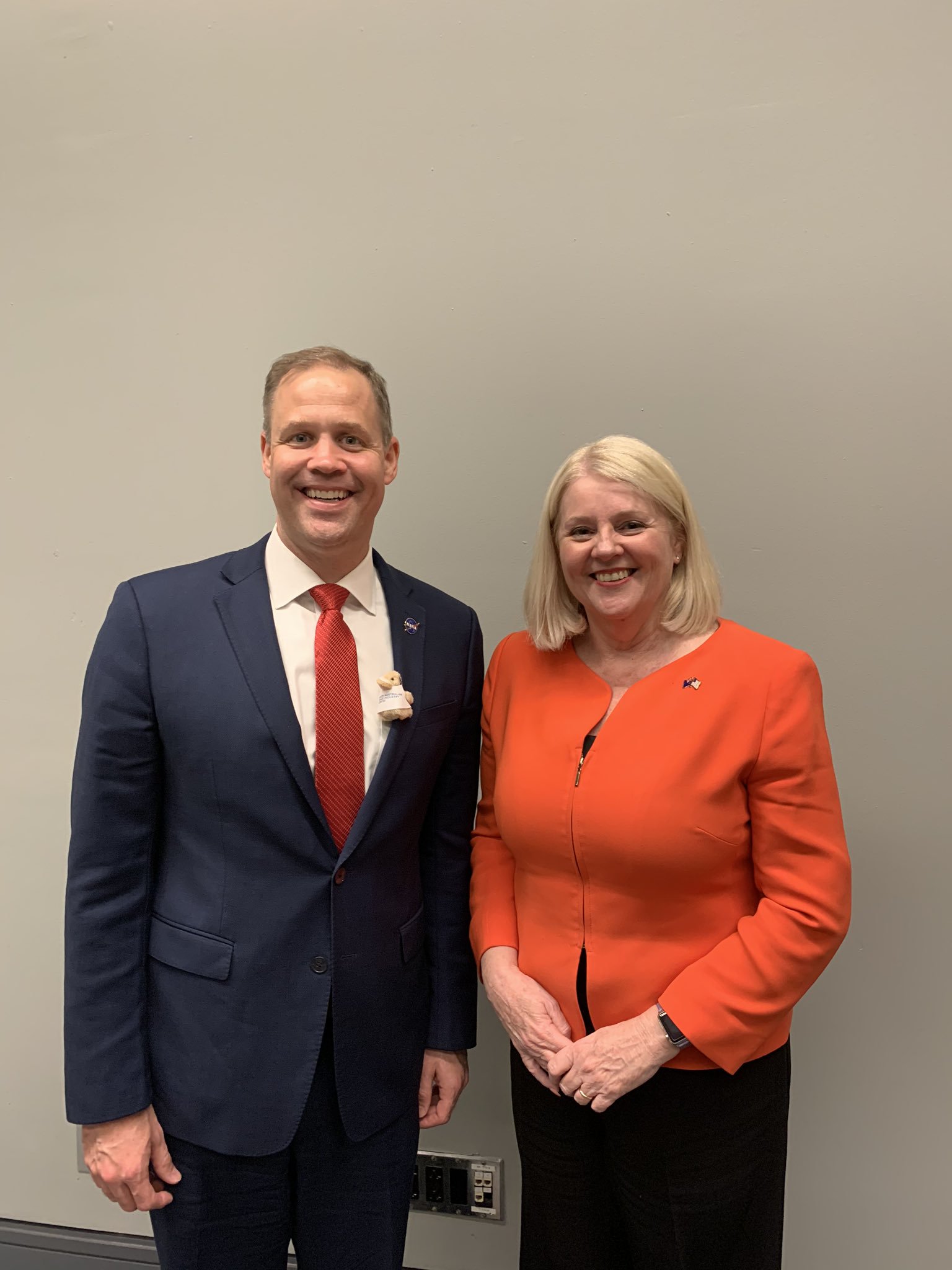 Topics: US trip and the Australian space sector

David Bevan: Karen Andrews is the Minister- the Federal Minister for Industry, Science and Technology which basically means she looks after space and she’s in Washington and she’s spruiking South Australia. Good morning Karen Andrews.

Karen Andrews: Good morning, how are you?

David Bevan: Very well. Karen Andrews, we understand that you’ve just met- well, in the last few hours the head of NASA. Are you at the point where really this is a case of swapping business cards? You’re saying hi I’m from Australia, we’ve got this new space agency, we’d like you to have our number. Is it really early days?

Karen Andrews: We’re beyond that. So we’ve already had some great discussions with NASA about opportunities to engage. We’re already talking to them about the technologies that we have that we could, we believe, could support their moon to Mars mission. My meeting the head of NASA, Jim Bridenstine, was a great meeting. It was very receptive, he’s very keen to work with Australia. And in fact, I don’t know if you’ve seen the photos, but he’s wearing a little koala and the little koala’s advertising South Australia. And I was wearing it when I went into the meeting and gave it to him. So he proudly put it on. So South Australia effectively got a guernsey at the meeting with NASA.

David Bevan: So specifically how are you promoting what South Australia has to offer?

Karen Andrews: Well what we’ve been doing is talking about the work that’s happening at Lot Fourteen, the great support from the South Australian Government, particularly Steven Marshall, how engaged he is with the defence industry and his support also for the space industry. How the Australia space agency will be headquartered in Adelaide and that it already has a growing space sector there. We’ve talked about SmartSat CRC which has been established also in Adelaide. So we’re talking up South Australia’s prospects and we’ll continue to do so. But we’re talking up all of Australia’s capability as well.

David Bevan: Now this is at the 70th International Astronautical Congress in Washington DC. To give listeners an idea of just that this is a big deal, the Vice President of the United States, Mike Pence, he actually spoke at the conference. Did Australia get a guernsey?

Karen Andrews: Yes. So, Vice President Pence actually mentioned Australia and it was the first country that he mentioned and spoke about the engagement between the United States and Australia and specifically NASA and our space industry. So that was a great opportunity for Australia to be recognised. But I wasn’t at the last congress but the information that I’ve received is that there’s a significant difference this year in the way Australia has been received. We’ve had some great announcements including the most recent one while our Prime Minister was in the States, the $150 million to support Australian businesses to be part of the NASA moon to Mars and beyond mission.

So Australia and our space agency is seen as a relatively new but agile, nimble space agency that is out there kicking some serious goals. So while we were here, we actually signed some international agreements with Germany, Italy and New Zealand. So they’re all represented here. European Space Agency is here along with many others, so it’s a huge congress. A lot of interest, particularly from the commercial sector. So there’s Boeing, there’s Lockheed here, Blue Origin’s here. We’ve been talking to Virgin Galactic about commercial flight opportunities from Australia, so it really is all happening.

Karen Andrews: Well, physically obviously it’s going to be at Lot Fourteen with the discovery centre there, we’ll have mission control based there as well. But overall the space industry in ten years is going to triple the size it is now, and I would expect that South Australia’s going to be leading in a lot of areas. I mean, the work of Lot Fourteen is fabulous. It’s already got businesses, you know, for example Myriota. They’re looking to grow and to expand towards many other industries. And because you’ve got such a strong defence industry, there’s a lot of synergies between defence and space. So many of the defence businesses in Adelaide are already looking at expanding and working in the space sector. So I believe it’s going to be huge for South Australia.