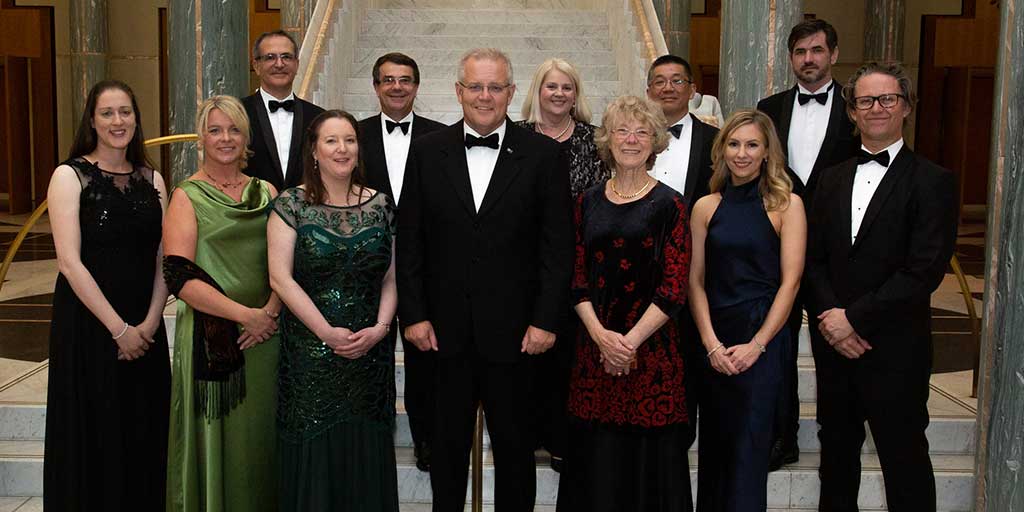 A pioneering mathematician has received the top award at the Prime Minister’s Prizes for Science, receiving $250,000 in prize money.

Prime Minister Scott Morrison congratulated those who were recognised on the night.

“These prizes are a wonderful celebration of our world-leading scientists, mathematicians, innovators, and educators,” the Prime Minister said.

“Our science community plays such a big role in the prosperity of our country. Scientists are the ultimate problem solvers, they grow the economy and create jobs.

“I particularly want to congratulate Professor Praeger on her outstanding contribution to mathematics.”

“The Morrison Government understands increasing our science, technology, engineering and mathematics (STEM) capability is critical to creating new opportunities for industry and competing in global markets.“

“We’ve gone from just one female recipient last year to five this year, the most ever represented in the awards. I hope this will inspire even more girls and women to be involved in STEM.”

The other major prize, the $250,000 Prime Minister’s Prize for Innovation, went to the Walter and Eliza Hall Institute of Medical Research team for its role in the development of a breakthrough anti-cancer drug.

Team members Associate Professor Peter Czabotar, Professor David Huang, Professor Guillaume Lessene and Professor Andrew Roberts were recognised for their roles in the development of venetoclax, a drug that can flick a switch within a leukaemia cell to kill the cell, giving patients a vastly improved treatment outcome.

Other recipients on the night included: