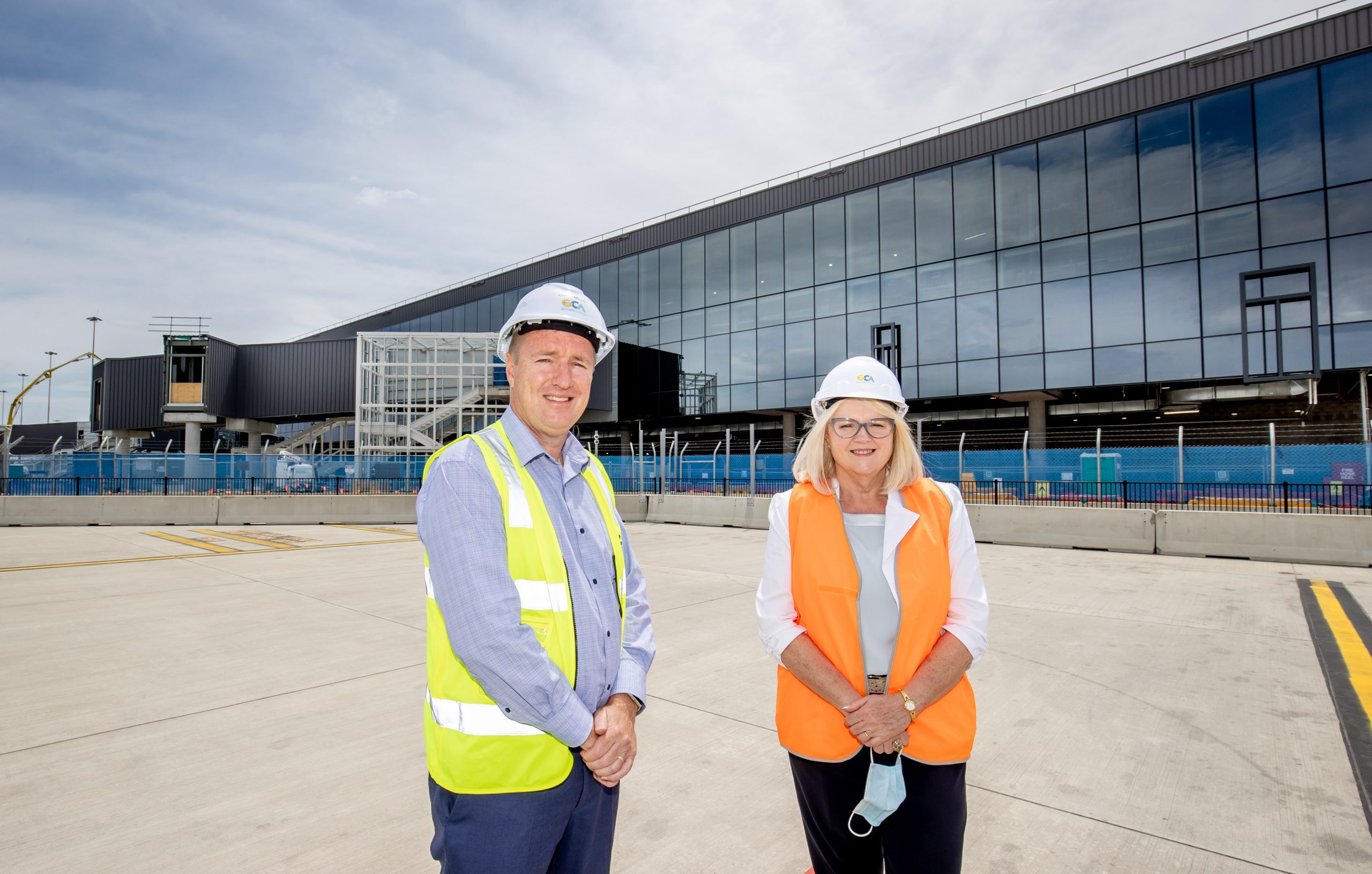 As many Australians prepare to restart their travel plans, construction of the Gold Coast Airport terminal expansion continues to move ahead – and when it opens in 2022 it will transform the customer experience.

Work on the building’s exterior is well-progressed and the focus has now turned to fitting out key internal areas and completing infrastructure to support the aerobridges, with installation to start later this year.

Queensland Airports Limited CEO Chris Mills said the project was a “game changer” for Gold Coast Airport and would set the business up for the future, at a time when the industry would be rebuilding from the impacts of COVID-19.

“The terminal expansion will connect seamlessly with the existing terminal, via a system that swings between domestic and international passenger arrivals and departures,” he said.

“All of our passengers, whether they use the existing or new building, will continue to enjoy quick and easy access and a warm welcome from our team.”

Member for McPherson and Minister for Home Affairs Karen Andrews said the Morrison Government was committed to getting Australians moving once more – both domestically and internationally – in line with Australia’s National Plan.

“Before the pandemic, the Australian Border Force facilitated more than one million international passenger movements a year through the Gold Coast Airport, and I for one am looking forward to welcoming even more once we reopen,” Minister Andrews said.

“That’s why the Morrison Government has supported the terminal expansion with a contribution of more than $8 million. This joins the more than $5 billion we have already provided the aviation sector during the pandemic, including a further $183 million recently announced to help maintain Australia’s international aviation capability.

“This support has been vital; it’s maintained our airlines and airports through tough times. Now, as we get closer to safely reopening domestic and international borders, I can’t wait to see more and more people back through Gold Coast Airport; reuniting family and friends, and supporting Gold Coast tourism and hospitality operators and the local jobs they generate.” 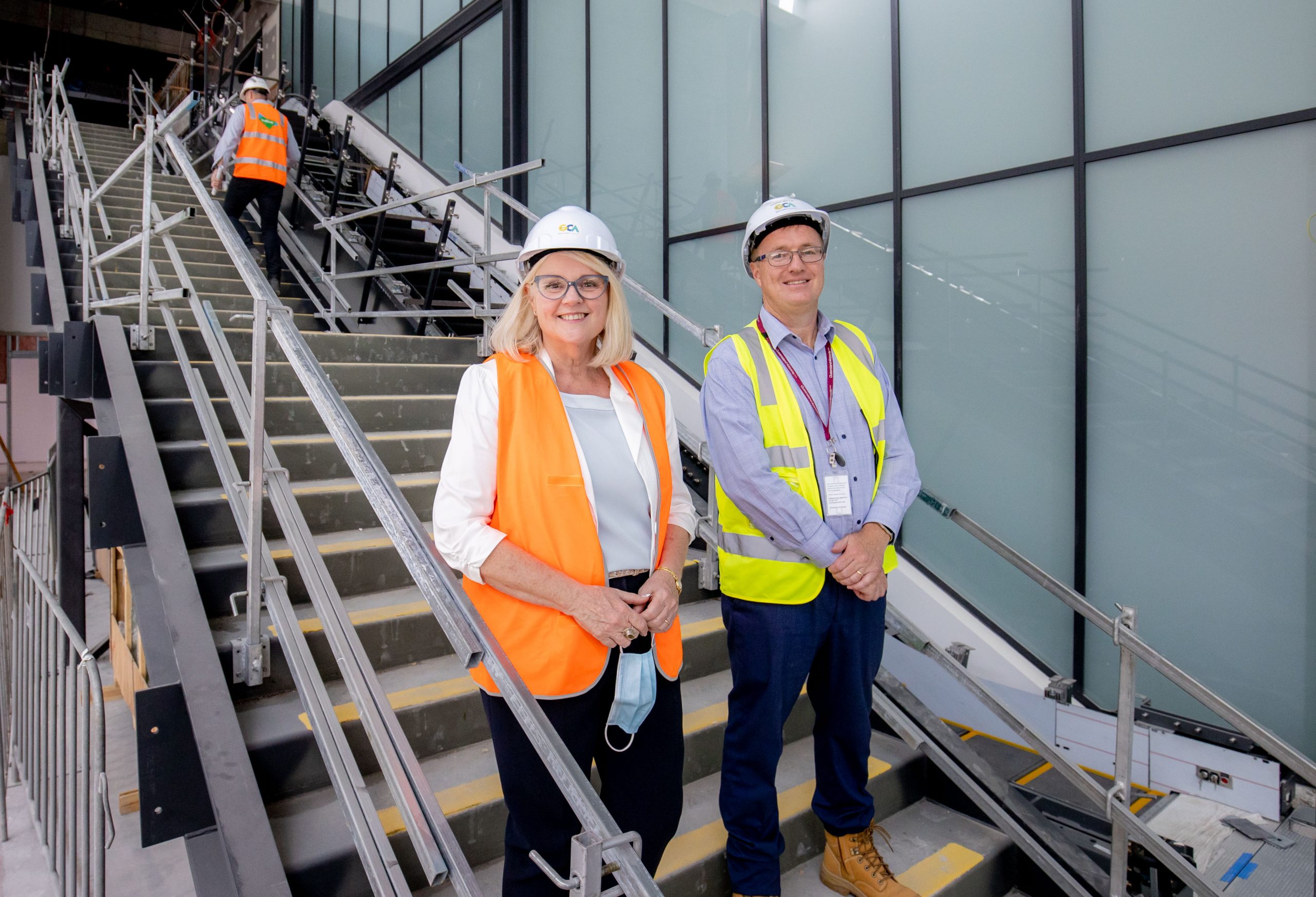 Mr Mills said the Gold Coast and northern NSW would be high on the list of must-see destinations for domestic and international travellers, as borders re-opened and confidence in travel returned.

“The airport needs to be ready to accommodate the growth in demand for our region, as travel ramps back up next year,” he said. “Once we get clarity on the reopening plans for Queensland, we can plan with confidence for the recovery in travel.”

“Prior to COVID-19 there were international links between the Gold Coast and Singapore, Korea, Japan, Malaysia and four New Zealand cities. We need connections to be quickly re-established when restrictions come to an end, and are working closely with our airline partners to explore new market opportunities.”

Mr Mills said the airport, straddling the Queensland and NSW border and near the beach and hinterland, would be an ideal gateway to the spectacular destinations it supported.

The terminal design reflects the natural environment and the relaxed nature of the region is echoed in the look and feel of the forecourt and plaza area, with timber decking and an open structure close to the Rydges Gold Coast Airport hotel.

Mr Mills said the terminal expansion was central to the ongoing development of the Gold Coast Airport precinct, with about $500 million worth of work recently delivered, underway or in the pipeline.

“We continued with this project, despite the devastating impacts of travel restrictions on our business, because of our confidence in the Gold Coast,” he said.

The terminal expansion will have created about 2,000 jobs across three years when it is completed, with up to 200 workers onsite during peak construction times.