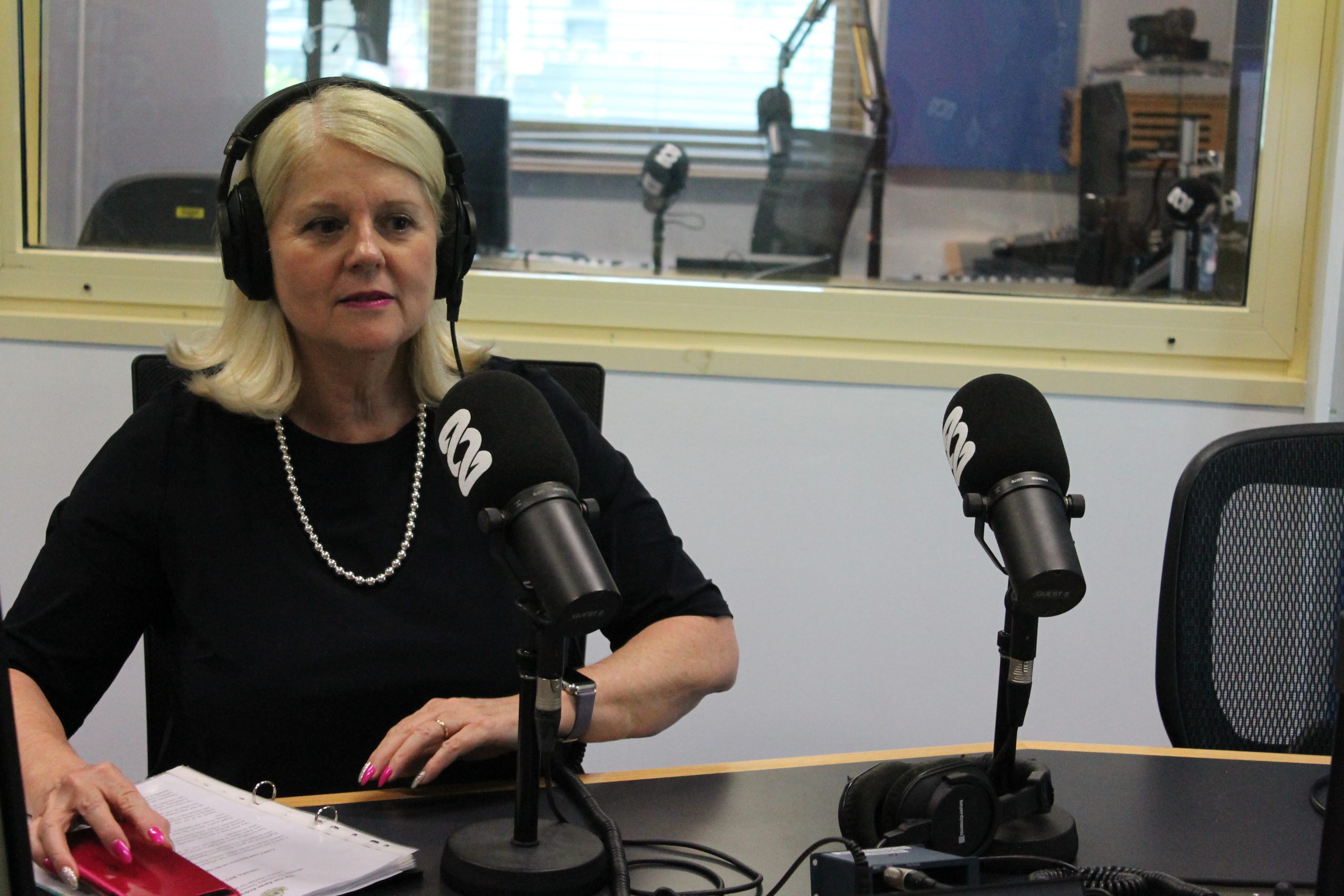 Fran Kelly: Well as we’ve been reporting this morning, the Federal Government is finalising its stimulus package to combat the economic fallout from the COVID-19 virus. The emergency measures, according to some reports, could be worth around $10 billion initially. Tomorrow the Government will hold talks with union and employer groups to consider employment arrangements for workplaces hit hard by the outbreak and the Industry Minister Karen Andrews this week will also convene a roundtable of major business groups to discuss the effects of supply chain disruptions to a number of industries. Karen Andrews joins us now. Minister, welcome back to Breakfast.

Fran Kelly: The price tag of the stimulus package which we haven’t seen yet keeps going up; 10 billion is the latest report. Is the Government now committed to a whatever it takes approach to head off a recession, to keep the economy moving?

Karen Andrews: I’ve read the reports in The Australian today. What I will say is that we are acutely aware of the impact of not just the coronavirus on individuals as well as businesses, but also the cumulative impact of those businesses that have experienced the impacts of drought, of flooding, of bushfires, and of course, this is potentially the fourth one with coronavirus. We are very, very conscious of that…

Fran Kelly: …So in other words, the Government is very cognisant of the fact the economy needs stimulus now. Is there a cap on what the Government’s prepared to spend or will it be whatever it takes, depending on the severity and deepening of this crisis?

Karen Andrews: The Prime Minister has been very clear in the past that we are prepared to do what it takes in the current situation in which we find ourselves. However, having said that, what you will find from this Government is that what we do put in place is going to be measured. It’s not just going to be a case of throwing money. It will be very well thought through. There will be a plan and we will be very targeted in what our approaches are going to be.

Fran Kelly: Okay. And will that target include, I mean we know from what the Treasurer’s told us already, that the emphasis will be on small business, maintaining cash flows, keeping people in jobs. But we do understand the Treasurer’s asked Treasury to look at options to boost household spending. Now Labor on the weekend said it will support any measures if they’re sensibly designed. Would you like to see money go into the hands of consumers? Would that help the industries and the businesses that you’re talking to?

Karen Andrews: What’s important is that the money that the Government spends is being spent wisely because we want it to be stimulating the economy. So it needs to go to where it’s going to have the biggest impact. Now we know that there’s been a level of panic buying of some goods; that needs to stop, particularly in relation to toilet paper. We do want people though, to be going out and spending, and spending appropriately…

Fran Kelly: …But are we going to put more money in their pockets to do that? Because, you know, people will be affected by the impact of this virus.

Karen Andrews: At this point of time, we are working through what the various options will be to get the maximum impact from the dollars that we know we’re going to need to spend. So we’re working on that. There will be continuing discussions.

Fran Kelly: In terms of, you mentioned the unedifying spectacle of people literally brawling over toilet paper. Supermarkets have inventories of up to four weeks I believe. This virus is expected to be with us for much longer than that. Can we rely on food manufacturers to keep the shelves stacked? What are you hearing?

Karen Andrews: I believe we can. I’ve spoken to some of our largest food manufacturers and they’re telling me that they’ve got in excess of four weeks in inventory. They are of course ramping up their manufacture now, so that will increase what their stock levels are. So if there are sensible purchasing patterns by people across Australia where they are fulfilling their immediate and very short term needs, then there is not likely to be an issue.

Fran Kelly: You’re going to be sitting down with businesses and industry on Wednesday to look at the disruption to supply chains. How broken are the supply chains and is there a workaround here in Australia? Can supply be redirected locally or to other places?

Karen Andrews: So we’re attacking this on a number of fronts. We’re certainly looking at where supply has been affected, particularly out of China. Now parts of China are back up and running again. It then becomes a logistics issue to get that product out and into the market. So we’re working on that. We’re looking at ramping up our Australian manufacturing capacity, as we can. Anecdotally, what we’re hearing is that the supply chains are okay, that there is opportunity to purchase many of the supply needs, the inputs, from other countries. DFAT has put in a tremendous amount of work to make that happen. So at this point we are looking okay. There are some shortages that we know of and that goes to the packaging that is used for some of the manufactured goods. We’re already working on that.

Fran Kelly: What’s the option for that? A lot of that packaging comes from China, is that right?

Karen Andrews: Yep, so we’re looking at where we can source that, potentially from other countries. We will also look at what we can do to ramp up packaging operations here in Australia. So that’s ongoing work and we will continue to do that. We are not at the critical stage or even close to it, as far as packaging is concerned, we’re being prepared.

Fran Kelly: Okay. In terms of ramping up production here, manufacturing capacity here, businessman Gerry Harvey is urging government to hand out 12-month interest free loans to businesses in an effort to restore local production in the face of frozen exports from China. He told AM it’s an opportunity to help revive local companies who’ve been hurt by cheap imports from China. When you’re talking to the businesses around that roundtable on Wednesday, will you be offering them any incentives to help ramp up local manufacturing?

Karen Andrews: What I will be asking them is what they’re hearing from their member organisations. So there’s a lot of peaks coming in, so I want to hear from them, which will top up the knowledge that I’ve already got and what the department’s been able to tell me. So we’ll be listening to them and then I will take that straight back to the Treasurer and the Prime Minister.

Fran Kelly: It’s 13 past eight. Our guest is Karen Andrews. She’s the Minister for Industry, Science and Technology. Just in terms, as Science Minister, the race is on to find a vaccine for this virus. We were speaking earlier to Jane Halton, she chairs a global coalition trying to do just that. They’re after three billion Australian essentially from the countries around the world to fast track efforts for a corona vaccine. Australia’s given a very tiny contribution; they have asked for more – the coalition. Will Australia be contributing more to this global vaccine fund?

Karen Andrews: Well in terms of expertise, Australia’s made a huge contribution. We were actually the first one to develop the virus outside of China. We’re already looking at vaccine candidates and testing that. It’s important that we don’t put the horse before the cart here. We’ve actually got to come up with a viable vaccine. Now clearly we’re working hard to do that. We’re also starting to investigate what our manufacturing capability is going to be to manufacture that vaccine in Australia. So that’s where our focuses are at the moment.

Fran Kelly: So is that normal that we would have a local manufacturing capacity or is that something you’re looking to build up in preparedness?

Karen Andrews: We have a very strong pharmaceutical manufacturing sector at the moment. What we are looking at is whether we have the capacity to manufacture a vaccine in Australia that will assist with coronavirus. So that work is well underway. I’m not envisaging any issues, but we are a little way away from categorically being able to state that.

Fran Kelly: And Minister, my question initially was is Australia going to contribute more money to this coalition, global coalition working for a vaccine?

Karen Andrews: I am happy to consider further financial contributions only when it’s clear what that money would be used for. At this point, my advice from the likes of CSIRO and other research organisations is that they are working hard to develop a vaccine. That’s their first port of call and they are sufficiently resourced at this point in time. But I will continue talking to them. But my focus is on developing the vaccine.

Fran Kelly: Just finally Minister, in another area of your portfolio, I know this is an issue very close to your heart which is the lack of young girls and women studying STEM subjects – science, technology, engineering and maths. You’ve just released the first of the annual equity monitors, the numbers don’t look good. Let me give you this one: Just 9 per cent of women were studying STEM, comparing to 35 per cent of men. This in terms of all higher-ed enrolments; it’s a pretty low figure. The reality is more than 75 per cent of the jobs of the future will require some STEM expertise, if we’re talking about artificial intelligence, big data, automation. If girls don’t study STEM, women are going to be locked out of the workplace, aren’t we?

Karen Andrews: Absolutely. Girls need to be studying STEM subjects at school and to look at STEM as future careers otherwise they will be locking themselves out of the workforce of the future and I don’t want to see that happen.

Fran Kelly: So what are we doing to fix that? We’ve been talking about this for – I can’t even recall because there’s been so many interviews I’ve done about getting more girls to study STEM subjects over the last two decades. Why isn’t it working?

Karen Andrews: Years and years. So there’s well over 300 different initiatives from states, from Commonwealth, it’s…

Fran Kelly: …But they’re not working.

Karen Andrews: Some of it is quite patchy. What we’re doing and the whole purpose of the plan that we’ve released and the monitor is so that we can analyse what is working and what isn’t. And that has not been done in a wholesale manner before. That needs to be done, let’s understand what works and I’m prepared to move as much money as I can into the areas that are known to work.

Fran Kelly: Minister, thank you very much for joining us.

Fran Kelly: Karen Andrews is the Minister for Industry, Science and Technology.