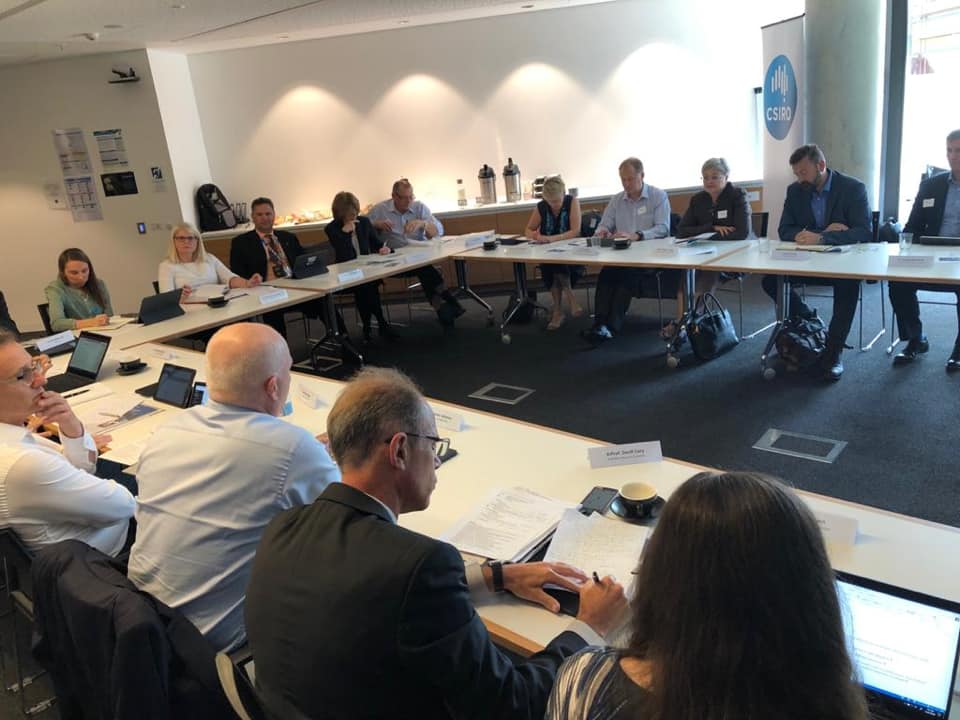 Lisa Wilkinson: Well, Karen Andrews is the Science Minister who met with Australia’s top scientists today to discuss the response to the bushfire crisis and she joins us now. Minister, if I can first just take a quick look at the PM earlier today.

Question: What’s your message to backbenchers who continue to publicly dispute the science?

Scott Morrison: Well, every member of Parliament who comes here has a right to speak their mind. Of course they do. I listen to all Australians and I think we should. Don’t you?

Lisa Wilkinson: Minister, correct me if I’m wrong, but it does look like you and the PM clearly don’t agree on climate deniers still having a voice within the Coalition?

Karen Andrews: Look, I think that what the Prime Minister was saying is that there is a wide range of voices in Parliament. There is a wide range of voices in the community, quite clearly. Everyone has the right to speak. The point that I was making is that every second that we spend debating about whether climate science is real, climate change is real, is a second that we don’t spend talking about adaptation and mitigation strategies, and I want us to move beyond the debate about whether climate change is real – that’s what the Australian public want. That’s what people talk to me about. They actually want to look at what the solutions are going to be, not an ongoing, endless debate about whether or not climate change is real.

Peter van Onselen: But, Minister, it’s an ongoing endless debate inside the Coalition party room – that is the problem here. You say the time for that is over. The Prime Minister says they should be listened to. Who’s right – you or him?

Karen Andrews: Well, the Prime Minister has also made it very clear what the Government’s position is and he has been very clear on that, which is that the Government is accepting that the climate change science is real and that what we need to do is focus on adaptation and mitigation, and that’s really where we should be.

Nazeem Hussain: Minister, the stats show that while Labor reduced emissions by an average of 2.4 per cent a year in office, that has now flat lined to just 0.18 per cent under the Coalition. How on earth are you going to turn that around?

Karen Andrews: Look, there are a couple of things that I would say to that. And that is, with the six years prior to 2018/19 financial years, our economy here grew by about 16 per cent, whereas our emissions intensity reduced by about 15 per cent. What I’m saying is that we need to be looking at the mitigation strategies, and that’s where my focus is. That was the focus of the roundtable that I held earlier today. And we looked at the fact that there is an intensity to the fire season that we’re experiencing now.

I mean, it has been a terrible season and all Australians understand and accept that. But we need to –

Peter van Onselen: – But the Australians, Minister, would rather we didn’t just mitigate – i.e., plan and adapt for next time, they would rather we found ways to do something about climate change. You are talking about just making sure everyone has got a mask, let’s adapt.

Karen Andrews: No, no, no, I’m not talking about that at all. And clearly work is being done on emission reduction strategies, and one of those strategies is clearly the work that is being done on alternate fuel sources, alternate energy sources, which is the hydrogen strategy. That’s important work, and that work needs to continue. But I’m also saying that where the bushfires are concerned – which was the whole point of today’s discussion – we do know that the climate is hotter, there will be another bushfire season. We need to start preparing for that, and we need to start looking at what those strategies are going to be.

Peter Helliar: Minister, this morning, the architect of the Paris Agreement slammed our plan to use carryover credits as illegal cheating. Are you embarrassed we’re using such dodgy accounting?

Karen Andrews: No, my focus is quite frankly on making sure that we are going to meet the targets that we have agreed to. So we will exceed the Kyoto targets that we set, we are-

Peter van Onselen: [Interrupts] But, Minister, it’s like walking out of an exam where you got the questions beforehand and being proud that you got a good mark. The carryover credits aren’t reducing emissions. They’re just qualifying with a good mark.

Karen Andrews: And I’m very interested in making sure that we are working to reduce emissions, but again, today’s roundtable was really based on the bushfires. And some of the things that have come out of that that we’re going to look much more closely at is coordination of our satellite technology and access to satellites, so we do have good earth observation, but we’re also going to look at what we can do to make sure that the fire vehicles are automated so that we’re going to reduce the risk to our firies that are going into quite incredibly dangerous situations.

Lisa Wilkinson: But, Minister, in amongst all of that, we’re not hearing anything about increasing those emissions targets. Given the summer that we are currently experiencing, isn’t it time for you to be talking about that?

Karen Andrews: I’m very happy to look at how we can reduce our emissions, and I’m happy to work with industry-

Lisa Wilkinson: [Talks over] I think we want more passion than just being happy about it, Minister, with respect.

Karen Andrews: Well, quite frankly, I do I that every single day, Lisa. It’s part of my job, but it’s part of what I absolutely believe in and what we have to do. So I do that every single day. I host a series of roundtables. Today’s was about bushfires, but I talk to the manufacturing sector, I talk to the tech sector. I’ve got some specific things that I’m going to take back to them now. I’m very committed to our hydrogen strategy, and that’s going to have a big impact on our emissions. That is all important work. The risk that we run as a nation is that we will focus on just the one thing and we will sell ourselves short. So, yes, absolutely we need to look at reducing our emissions, but we also need to look at how we’re going to adapt to the circumstances in which we find ourselves, and that is incredibly important.

Lisa Wilkinson: Alright, Minister, we will have to leave it there. Thanks very much for your time this evening.

Karen Andrews: No worries, thank you.