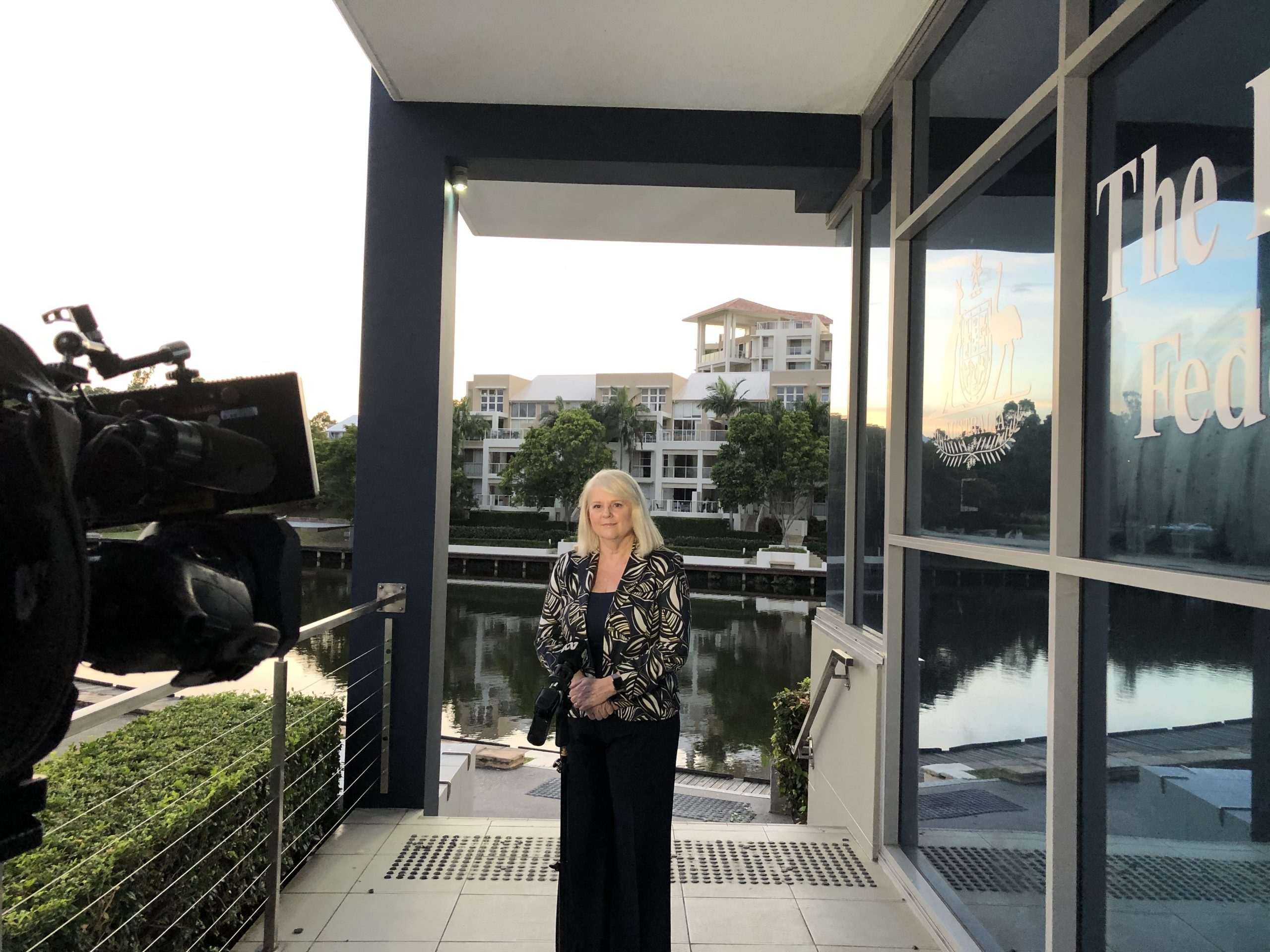 Michael Rowland: The Federal Government has thrown a financial lifeline to struggling Australians with a massive stimulus program to stop the economy from collapsing. The $130 billion JobKeeper program will see businesses receive a fortnightly wage subsidy of up to $1,500 per employee. It is the central plank in the Government’s strategy to cushion the economy from the huge dislocation wrought by the coronavirus.

Lisa Millar: But Treasurer, Josh Frydenberg, admits the Government will spend years paying for the unprecedented economic measure. The Prime Minister expects up to six million workers will access the payment over the next six months. The much-needed boost for business comes as some manufacturers are making dramatic changes as they adapt to the new reality of coronavirus. Industry Minister Karen Andrews joins us now to tell us about how one Adelaide firm is switching gears to become a medical supplies provider. Good morning, Minister.

Karen Andrews: Good morning. How are you?

Lisa Millar: I am well, thank you. I can’t say that for a lot of people out there, and there are great concerns that we are very short of masks and equipment for our medicos?

Karen Andrews: Yes look, I understand people’s concerns, I really do. Look, what we have done as a Government is look at stepping up the output from the one manufacturer that we had for surgical masks here in Australia. But we now have another company, Detmold, which is based in South Australia but has operations around the world. They’re actually a packaging manufacturer, so they haven’t made masks before. But they put their hand up now a couple of weeks ago, and they’ve been working with the South Australian Government and also the Federal Government to bring in machines that are going to have the capacity to produce, in total, 145 million masks. So, 45 million will go to South Australia, and 100 million masks will go into the national stockpile. So, it’s a fantastic story, a fantastic outcome.

Lisa Millar: We hear different things every day. In The Australian today they’re reporting that surgeons are buying painting masks from Bunnings because they’re so concerned at the shortage?

Karen Andrews: We do have supplies across Australia. The health networks responsible for making sure that the distribution of that is happening, and I know that they are. But I also know that there is some concern from GP’s in particular about their ability to access masks. So, what we are doing as a government is looking at importing masks where we can, but stepping up the production here in Australia – that’s exactly what we’re doing. So, we’ve also made some changes with Telehealth so that the need for masks will also be reduced a bit as well. So, we’re doing all that we can and we’ll do everything that we can in the future to support those that are on the front line – looking after those Australians that need their help.

Lisa Millar: And before we turn to this $130 billion package announced yesterday, can I ask you – this other big story today about Virgin looking for a $1.4 billion loan repayment package to stay afloat. Is that something the Government is going to consider?

Karen Andrews: We have looked at a lot of businesses and the level of support that we can provide to them. What I will say, of course, is that yesterday the Prime Minister and the Treasurer made an absolutely massive announcement that’s going to go a long way to supporting businesses, and more importantly, supporting our workers. So, our big businesses are out there looking at what they can possibly do to retain the workers. The airline industry, without a doubt, has been very hard hit. Our focus is clearly on making sure we’re cushioning the blow for those Australians that have lost their jobs or have reduced hours, whilst making sure there is a strong connection between these displaced workers, or those with reduced hours, and their workplace, so that when things pick up – and they will – we will come through this. We want to make sure that employers have the workers ready to step back in, and we need to make sure that employers- employees rather, are going to be ready to go.

Lisa Millar: And I will ask you about that in a moment but in regards to Virgin, is it worth $1.4 billion to keep an airline afloat to the Government?

Karen Andrews: Look, there are obviously a range of discussions with some pretty critical industries right across Australia and we’re going to be looking at what our sovereign capability is. Look, I don’t want to comment directly on Virgin or any discussions that may or may not be taking place. As I’ve said, our focus is very much on helping the Australians who have either lost their jobs or have reduced hours as a result of this pandemic that we’re experiencing.

Karen Andrews: Well, that’s clearly what this is designed to be doing. It’s supporting those workers who have lost their jobs as well as have reduced hours. We also know that businesses such as Woolworths, for example, are looking at picking up more workers, employing more people, and they are looking directly at those that have come out of the airline industry as well. So, where it’s at all possible, we want people to look at what other employment they can take up, where the other opportunities are. And there are some opportunities – stocking shelves at supermarkets, in the distribution centres – but we also understand that many people have already faced significant hardship, and we do want to cushion that blow.

Lisa Millar: Well yes, you talk- there’s been a lot of announcements but not a lot of money flowing yet. In fact, one of the business owners had said: well, how am I going to be paying the staff before May? That is a real concern, isn’t there? That even weeks after the first stimulus announcement, there isn’t actually any money yet flowing through?

Karen Andrews: Well, I think the important thing is that a lot of action has been taken, and we have made it very clear that the money will start to flow as quickly, pretty much, as we possibly can – it will be backdated. And we are doing everything that we can to get that money flowing as quickly as we can.

Let’s understand that these are unprecedented times. We’ve actually had the Prime Minister, the Health Minister talk about how we have made these incredible changes in a very short space of time. So, as a Government, we are doing everything that we can. And of course we know how difficult it is for individuals, particularly those people that do live from week to week, and we are doing everything that we can to support them. The announcement yesterday was just a massive package, and it will go a long way to supporting those people who need it.

Lisa Millar: Minister just finally, last night on 7.30 Josh Frydenberg was asked whether he now had some sympathy for the previous Labor government who had to make some tough and often criticised decisions over the global financial crisis. Do you have sympathy now for what previous governments have had to go through?

Karen Andrews: Look, all governments have had to go through tough times. I don’t know if it’s a matter of sympathy but I think there’s a general understanding that people were seriously affected by the GFC. We did come through that and yes, decisions had to be made by various governments at that point in time. But we are in a situation now where some hard decisions have had to be made by a lot of employers. The Government is stepping in to give as much support as it can and we are doing our best. And I’m sure that that has been the aim of governments in the past.

Lisa Millar: Karen Andrews, thanks for your time.