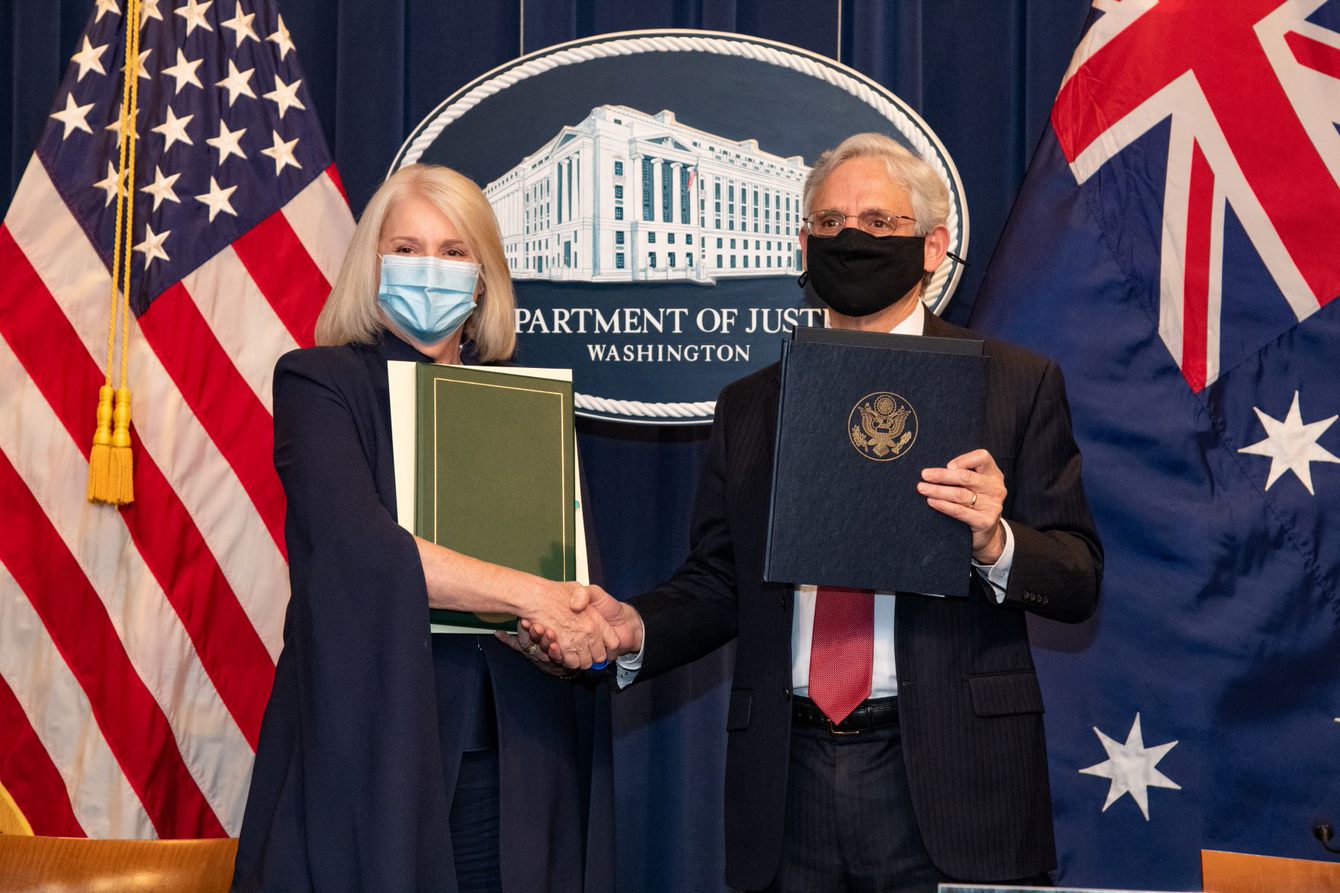 The United States and Australia today signed a landmark agreement that will facilitate access to electronic data for investigations of serious crime, including terrorism and child sexual abuse.

The agreement is authorized by the Clarifying Lawful Overseas Use of Data (CLOUD) Act, a bill Congress passed in 2018.

“This Agreement paves the way for more efficient cross-border transfers of data between the United States and Australia so that our governments can more effectively counter serious crime, including terrorism, while adhering to the privacy and civil liberties values that we both share,” said U.S. Attorney General Merrick B. Garland.

U.S. Attorney General Garland and Australian Minister for Home Affairs Karen Andrews said the agreement would enhance law enforcement cooperation and help keep communities in both countries safe, while protecting the values, principles and sovereignty of the United States and Australia.

“As we saw in Operation Ironside – known in the United States as Operation Trojan Shield – the Australian Federal Police and the FBI are already capable of smashing serious, organized crime networks using sophisticated digital techniques,” said Minister Andrews. “By strengthening both nations’ ability to fight crime, and giving our law enforcement agencies more efficient access to evidence, we’re ensuring the safety, security and prosperity of our citizens.”

The CLOUD Act Agreement will now undergo Parliamentary and Congressional review processes in both countries.