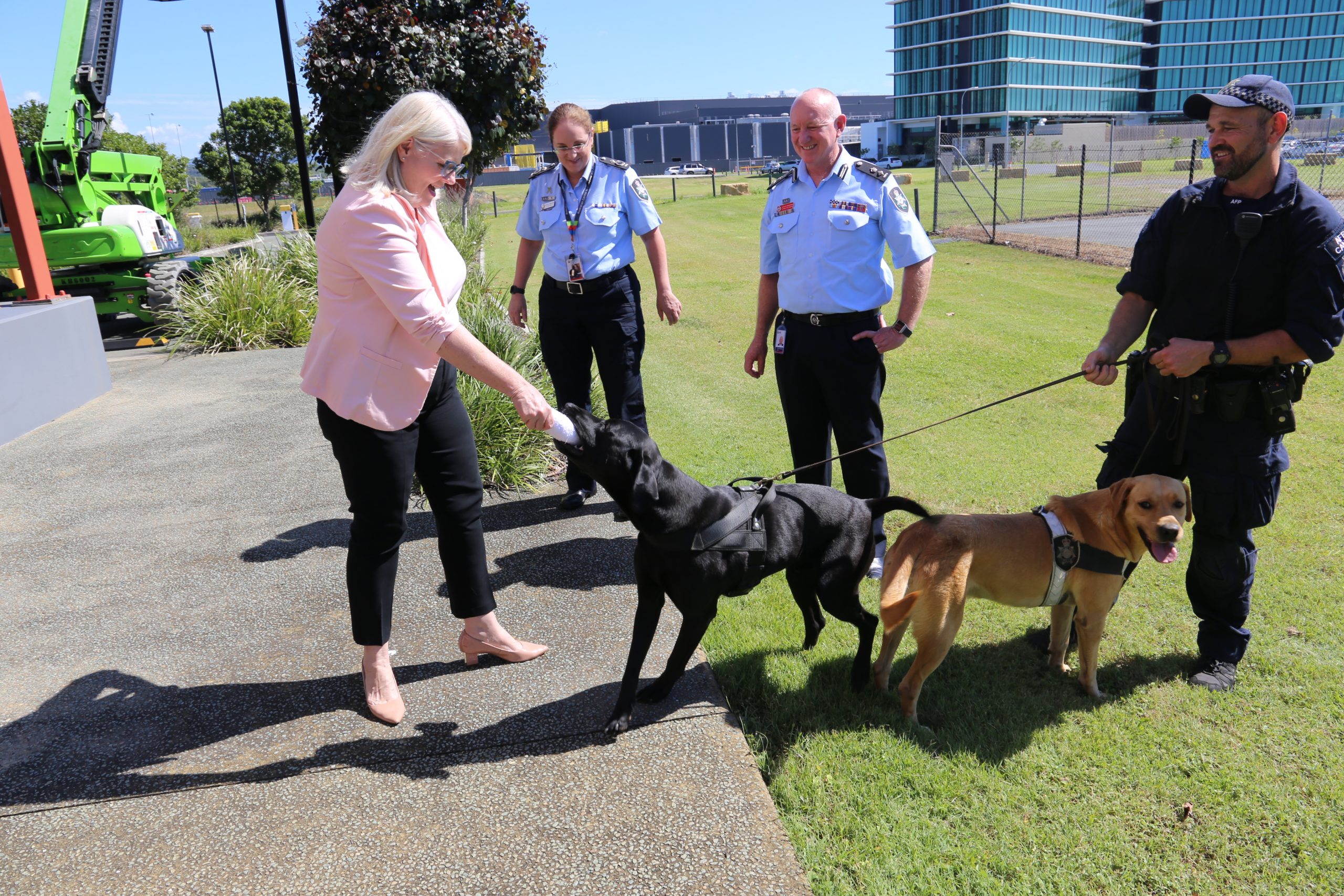 Australia today says ‘sayonara’ to six of its best detector dog graduates, as they depart overseas for a career with Japan Customs, once again demonstrating the Australian Government’s cutting-edge border protection arrangements on the world stage.

Minister for Home Affairs Karen Andrews, herself a patron of the Australian Border Force’s Detector Dog Program (ABF DDP), said she was delighted to see Quiche, Remi, Quinton, Xolis, Naji and George graduate and find employment with Japan Customs, boosting the border security of our near region.

“Australia will continue to work collaboratively with Japan in support of a secure and stable region, including by stamping out transnational, serious and organised crime syndicates that seek to move illicit weapons, drugs, and cash across our borders,” Minister Andrews said.

“Our ongoing cooperation is strengthening our respective border arrangements and enhancing regional security.”

Each year the ABF’s DDP works to maintain the integrity of the Australian border, completing more than 24,000 targeted operations and making more than 2,000 detections of illicit substances and prohibited items across airports, seaports and postal gateways.

This includes more than 800 illicit drug detections, millions in undeclared currency, and tonnes of tobacco products in both air and sea cargo environments.

All six of the dogs going to Japan were trained by the ABF, which breeds around 160 Labrador retriever puppies each year to service ABF operational needs and those of a wide range of domestic and international law enforcement partners.

Demand for ABF dogs continues to grow as more agencies discover the quality of the program’s bred Labradors. For more information, including on information about how to foster a puppy, see the detector dog program website.