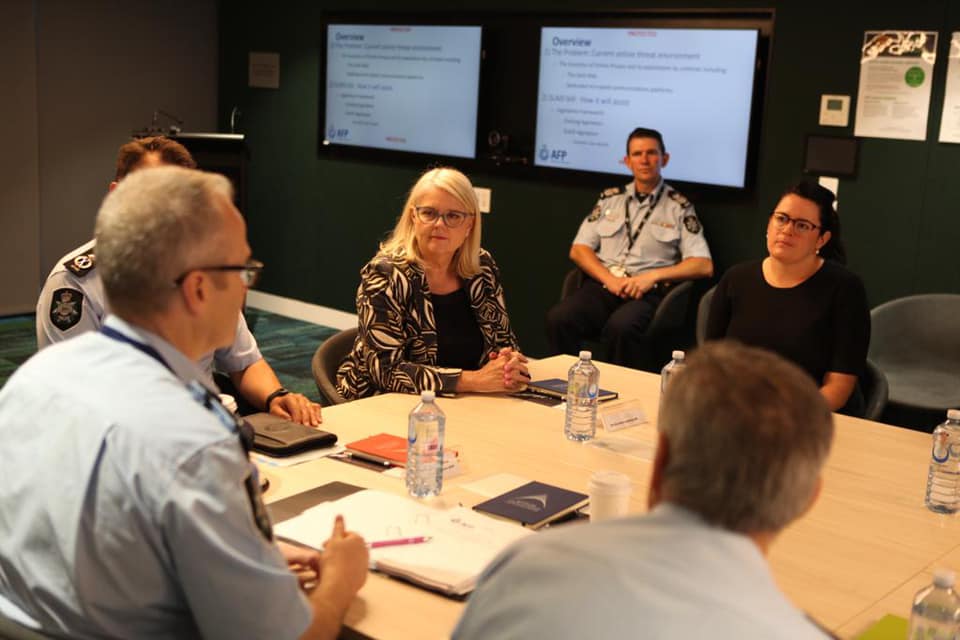 The Commonwealth Government is providing $146 million for the first phase of a new National Strategy to Prevent Child Sexual Abuse, including nearly $40 million in new funding to the AFP.

Prime Minister Scott Morrison today joined Assistant Minister to the Prime Minister and Cabinet Ben Morton and Member for Swan Steve Irons at the AFP Headquarters in Perth to speak about the forthcoming National Strategy and highlight new AFP funding as part of the package.

“My Government’s number one focus is on keeping Australians safe and the AFP is at the frontline of those efforts,” the Prime Minister said.

“The Royal Commission, which recommended development of the National Strategy, revealed the shocking extent of child sexual abuse in this country.

”As part of the National Strategy, we are boosting AFP efforts with a further $59.9 million worth of initiatives, enhancing their ability to fight child sexual abuse, particularly online.”

Minister for Home Affairs Karen Andrews said Australia and the AFP had been at the forefront of tackling child sexual abuse.

“Whether it’s been setting up the AFP-led Centre to Counter Child Exploitation through to working closely with the eSafety Commissioner, our government has worked hard to ensure the AFP has the tools they need to combat child sexual abuse online or in the real world every step of the way,” Minister Andrews said.

“We know this is evidence of our law enforcement efforts working – but any sexual crime against a child is one too many, and we must make sure we bring these numbers down in the long term.”

“The Commonwealth has a leadership and coordination role in tackling child sexual abuse, and many of these measures address our responsibilities under the Commonwealth Criminal Code,” Assistant Minister Morton said.

“This new strategy also goes beyond law enforcement, including to prevent abuse before it occurs, to better support victims and survivors, and to reduce stigma. It is a 10 year, whole-of-nation framework to establish a coordinated and consistent approach to prevent and better respond to child sexual abuse in Australia.”

The National Strategy will complement and align with other national policy frameworks, such as the current and future National Plans to Reduce Violence against Women and their Children, and Closing the Gap.

• $59.9 million worth of initiatives to be delivered by the Australian Federal Police to combat child sexual abuse.

• $7.8 million for Home Affairs to work with Indo-Pacific partners on regional policy and legislative responses to child sexual abuse.

• $2.95 million to help the Department of Home Affairs build relationships with the digital industry to drive a coordinated and collaborative charge against offenders’ exploitation of online platforms to commit child sexual abuse related crimes.

• $3.0 million to the eSafety Commissioner to deliver targeted online education programs to support parents and families to prevent online harms to children.

Further announcements will be made with the full National Strategy, including additional measures to be jointly delivered by the Commonwealth and its state and territory partners.

The Morrison Government is working with states and territories as well as non-government stakeholders to finalise the National Strategy for release in September 2021. For more information, visit: the National Office for Child Safety website at https://childsafety.pmc.gov.au