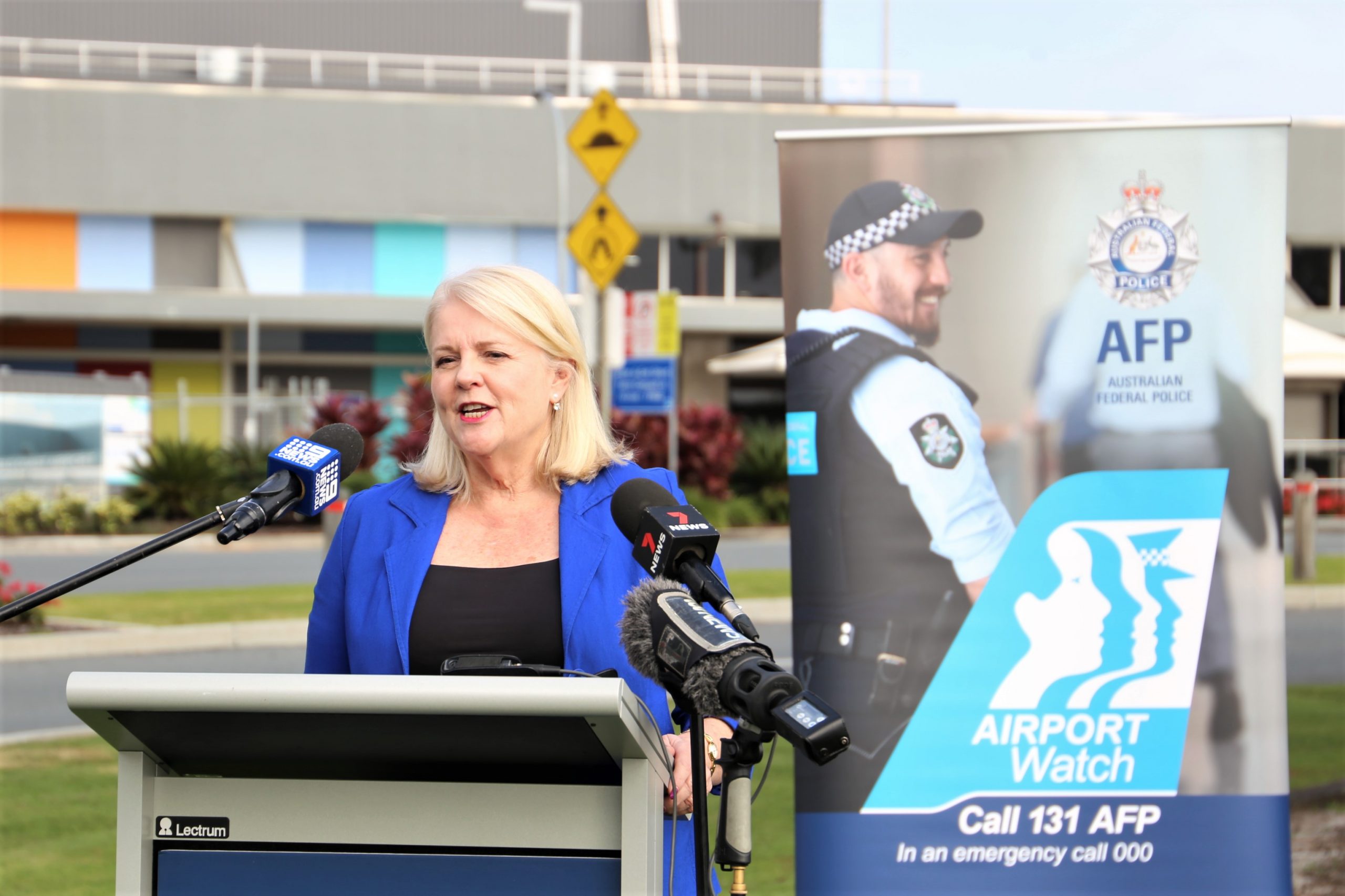 Minister for Home Affairs Karen Andrews today launched a rebooted Airport Watch program at the Gold Coast Airport to coincide with increasing domestic travel and the potential for growth in organised crime and drug trafficking throughout the aviation environment.

“With domestic travel likely to continue increasing, the public will continue to play a critical role working with police every day to keep their communities safe,” Minister Andrews said.

“We are calling on locals and those visiting the Gold Coast to keep your eyes and ears open as you embark on domestic travel and report anything suspicious.”

Minister Andrews said the program relies on the public and aviation sector to work with the AFP to identify any unusual activity in order strengthen security measures across Australia’s aviation network.

“If you see or hear something unusual while working at or travelling through the Gold Coast or any of our major airports, please call the AFP’s Airport Watch on 131 237 – it might just prevent a crime and bring perpetrators to the attention of authorities,” Minister Andrews said.

“The AFP knows crime can be facilitated by trusted insiders. Airport Watch aims to educate those working in and travelling through major airports about what should be reported and how.”

“Airport Watch is an important national safety initiative and its relaunch comes as domestic and trans-Tasman travel ramps up significantly at Gold Coast Airport,” she said.

• A person observed recording or taking photos in or around sensitive areas of the airport;

• Anyone acting strangely or in an unusual manner;

• Anyone heard asking questions to gain information about the airport; and

• Anyone trying to gain unauthorised access to secure areas.

The national launch of Airport Watch took place at Sydney Airport on 24 March 2021, as part of a national rollout taking place over the coming months.

For more on Airport Watch and the suspicious behaviour to look out for visit the website.