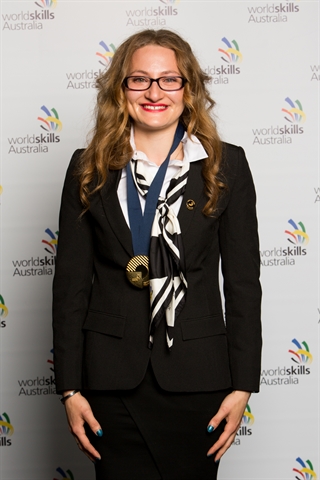 Some of Australia’s brightest young tradies are sharpening their skills in readiness
for a major international challenge next year that will see them compete with
their peers on the world stage.

Assistant Minister for Vocational Education and Skills, Karen Andrews, today wished the group of 25 apprentices well for their first day in camp preparing for the WorldSkills International Competition in Abu Dhabi in October 2017.

“The Worldskills International Competition provides young Australians, aged 23 and under, the opportunity to gain new skills and compete against their international peers,” Minister Andrews.

“Competitions like this also help fast track their skills and career development.

“After successful performances at the 2016 WorldSkills Australia National Competition,
the competitors have gathered at a training camp near Melbourne to begin their quest to represent Australia against 1,300 competitors from 76 countries.

“The team members have already achieved so much through the Australian legs of the
Worldskills competition.

“The team, with nine female and 16 male members, is also making history with the
greatest number of women to ever participate in the competition from one team.”

“Impressively, more than 84 per cent of Australian Apprentices
are employed upon completing their training,” Minister Andrews said.

“Employment outcomes for trade apprentices are particularly strong, with over
90 per cent of graduates remaining employed after training.

“So my message is simple: you don’t need to go to university to have a
fulfilling career, because an Australian Apprenticeship can take you there.”

“I wish all the WorldSkills Australia Team members the best in their preparations
for next year’s competition and I know they will do Australia proud.”