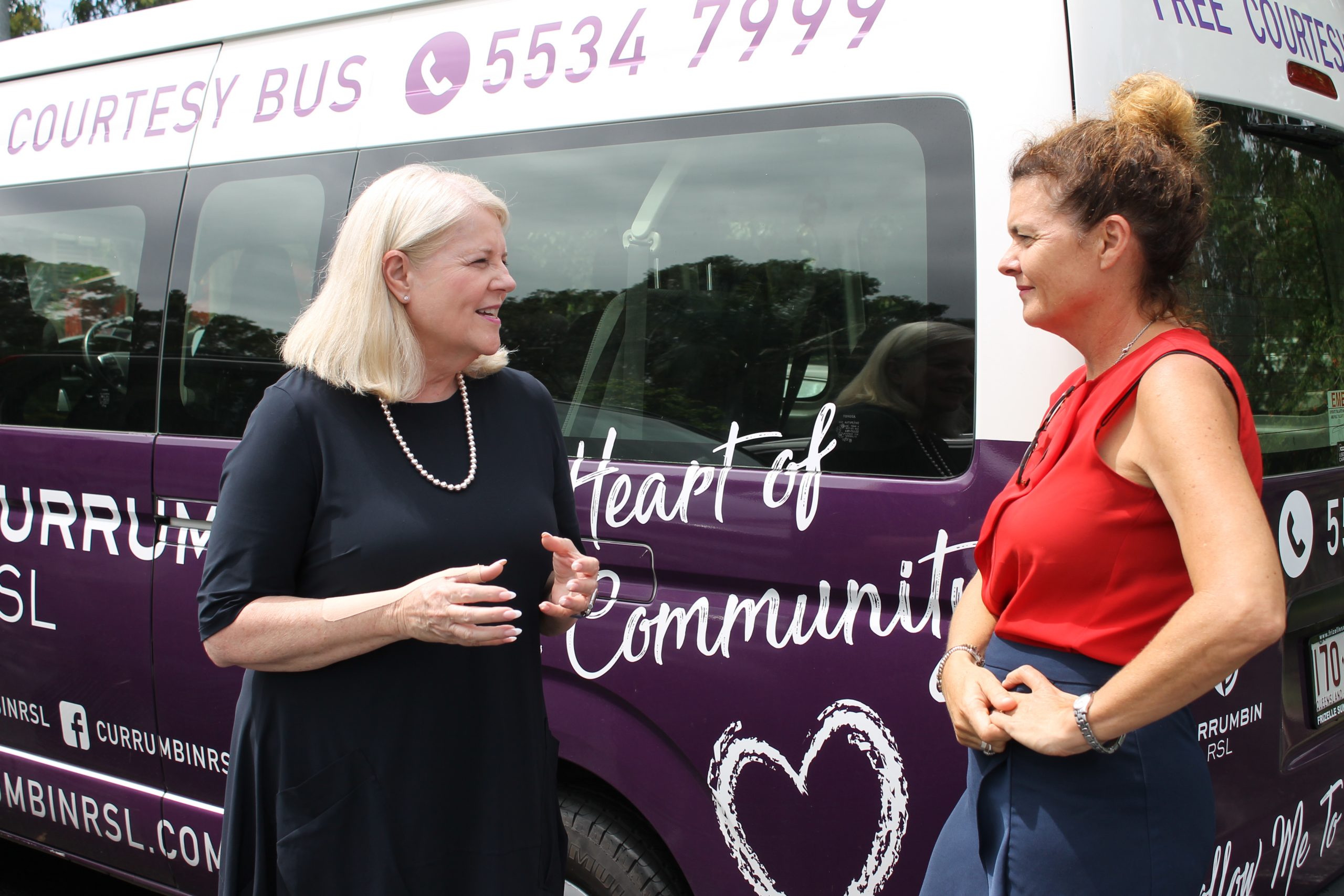 The Coalition is boosting support for local veterans with $37,000 to the Currumbin-Palm Beach RSL Sub-Branch to help improve health and wellbeing through social activities.

“The Currumbin RSL does a tremendous job supporting our local community, which is why I am pleased the club has received this funding through the Veteran and Community Grants program,” Federal Member for McPherson Karen Andrews said.

“RSL CEO Anne Stovin has assured me the $37,000 the club received will be used to purchase a Community Bus for transporting RSL members and those from other community organisations, to encourage social interactions and activities and reduce social isolation for local veterans,” Mrs Andrews explained.

The Morrison Government is investing a record $11 billion to support 280,000 Australian veterans and their families each year – with reforms to cut waiting times for claims and the new Australian Veterans’ Card and Lapel Pin, so veterans can be appropriately recognised – including by businesses who want to extend special discounts and offers to veterans.

Mrs Andrews said that veterans would also be counted for the first time in the Census, and a new National Commissioner for Defence and Veterans Suicide had been tasked with helping curb the rate of suicide in the veteran community.

“Programs supporting younger at-risk veterans and those transitioning to civilian employment will also be expanded through a $4.8 million investment in the Coordinated Client Support program,” Mrs Andrews said.

“Research shows veterans under 30 years of age, who are involuntarily discharged, are at higher risk of suicide than the general population.

“We are determined to turn that around and to support those who have served our nation.

“This new and increased investment means the entire high-risk cohort of veterans leaving the ADF will now be covered under the Coordinated Client Support program – so we can stem the loss of young lives and ensure they get the support they need.”

The Government will also boost the resources of the Personalised Career Employment Program by $5.6 million and will expand its eligibility to another 1,600 ADF members each year looking for career development and job placement support as they set up for civilian life.

“These changes will not only have a positive impact across Australia, but will also be felt here on the Gold Coast, where we have a proud Veteran community.  I know that local residents join me in thanking those who have served our nation,” Mrs Andrews said.