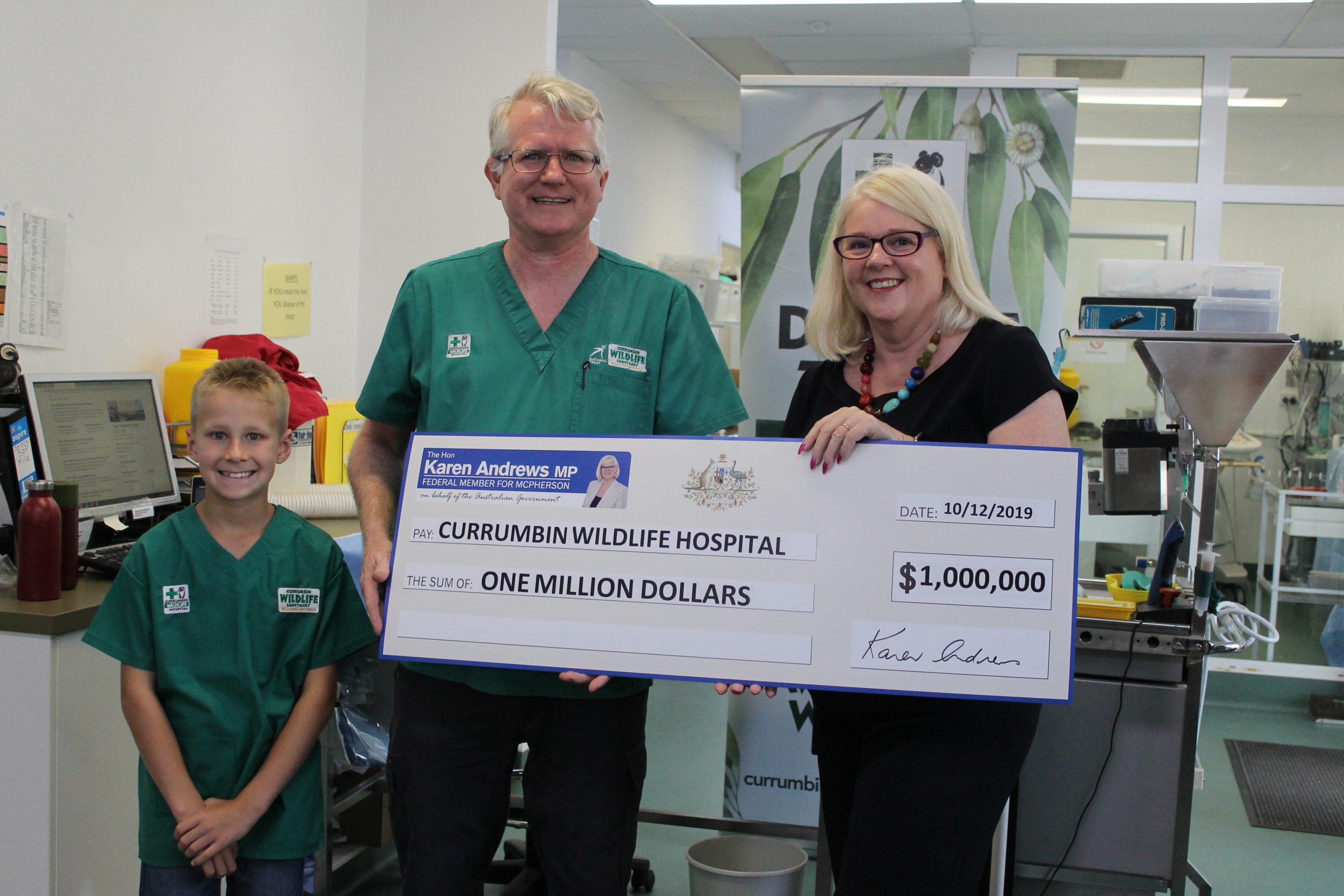 The Gold Coast’s iconic Currumbin Wildlife Hospital has received a much-needed funding boost from the Morrison Government, amid an influx of injured wildlife.

“In recent months, the team at the Currumbin Wildlife Hospital has been going above and beyond to care for wildlife injured in bushfires or as a result of drought, recording an increase of more than 500 admissions from September to November,” Minister Andrews said.

“The team do an incredible job treating, rehabilitating and releasing sick, injured and orphaned native wildlife, and the Morrison Government is committed to ensuring they can continue to do that.

“This $1 million in funding from the Morrison Government delivers an election commitment and is part of a $6 million initiative to protect koala habitats across south east Queensland and northern NSW.”

The $6 million initiative includes on the ground action to protect Koala habitat areas, enhance the corridors that connect local populations and funding for two other wildlife hospitals: Australia Zoo and Queensland RSPCA.

Dr Pyne welcomed the funding boost, explaining how recent extreme conditions had led to a sharp increase in the number of admissions to the Hospital.

“Currumbin Wildlife Hospital is one of the busiest wildlife hospitals in the world, admitting 11,500 patients per year,” Dr Pyne said.

“Fires across Australia and the extended drought have had a huge impact on koalas this year and this has placed extra pressure on the hospital,” he added.

“This contribution will allow us to upgrade our facilities to better manage the ever growing patient admissions.”

The funding will be provided through the $100 million Environment Restoration Fund, announced in the 2019-2020 Budget. It is a key part of the Morrison Government’s Plan for a Cleaner Environment and builds on our $1 billion investment through the National Landcare Program and the $3.5 billion Climate Solutions Plan.