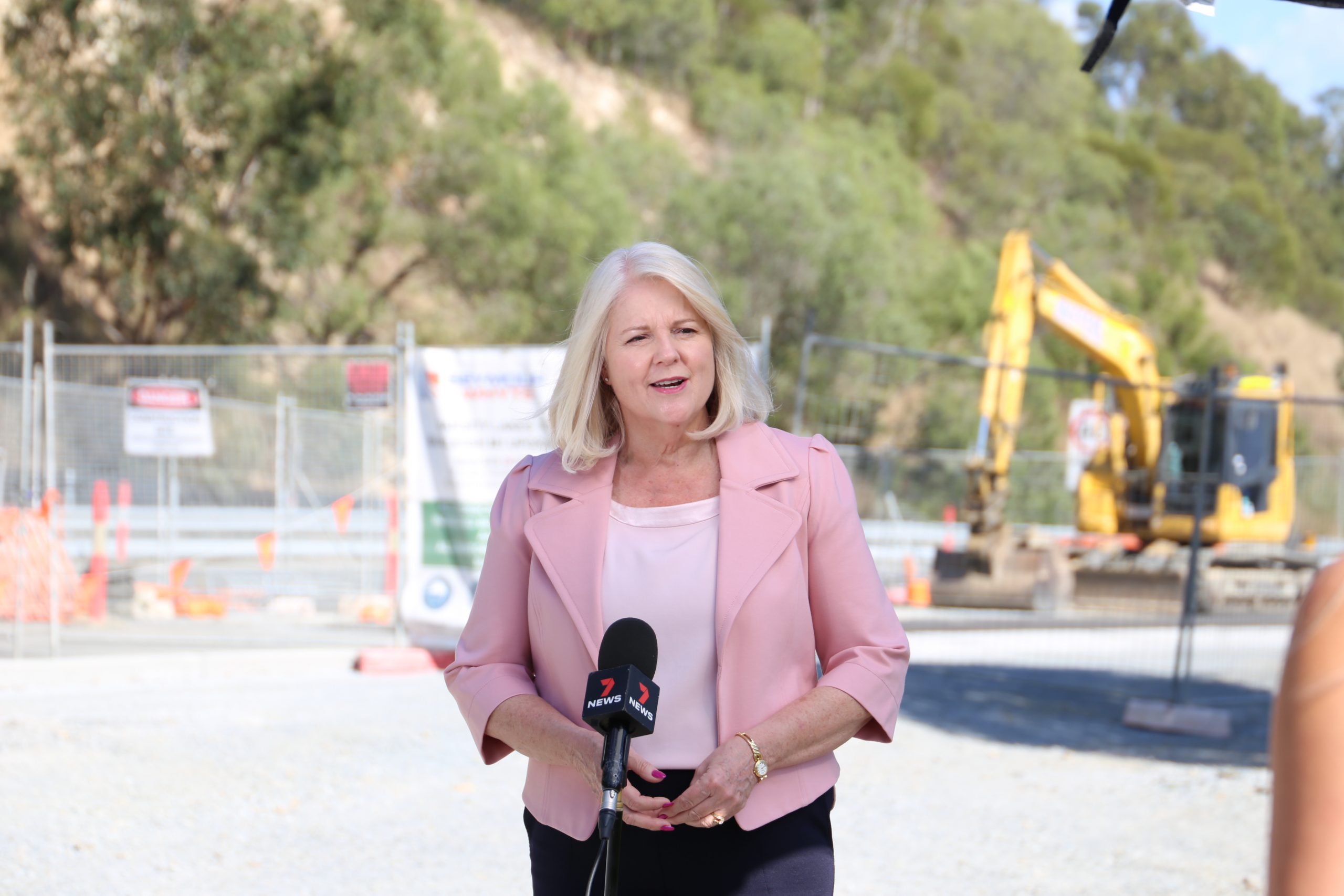 Construction of the Gold Coast’s first Diverging Diamond Interchange (DDI) has kicked off this month, as part of the M1’s $1 billion Varsity Lakes to Tugun (VL2T) upgrade.

Local commuters will see 52 concrete bridge girders installed over the next four weeks at Exit 87 (Burleigh) between the recently built bridge piers.

Federal Member for McPherson Karen Andrews MP said this major milestone would be welcomed by locals.

“It’s been terrific to drive down the M1 and see the great progress being made to accommodate the Gold Coast’s rapidly growing population” Mrs Andrews said.

“I spent years advocating for these vital upgrades to improve freight efficacy and commute times to get Gold Coasters home sooner and safer. I thank them for their patience as the roadworks continue.”

Federal Minister for Communications, Urban Infrastructure, Cities and the Arts Paul Fletcher MP said the DDI would replace the existing roundabout and be the first of its kind on the Gold Coast.

For the safety of workers and road users, detours will be in place at Exit 87 (Burleigh) between 8pm and 5am while the works are undertaken.

The VL2T upgrade is jointly funded with the Australian Government committing $680 million and the Queensland Government $320 million.